In promotion of the third book in her series, author Sarah Porter drops by IFB to share her inspiration behind Twice Lost. Check out her guest post below and enter the wonderful three books giveaway:

From the time when I first began writing The Lost Voices Trilogy in the winter of 2009, I’d known that by the third book my mermaid heroine Luce would abandon the coast of and make her way down to . I’d known that she would become the leader of a mermaid army there and lead them into a confrontation with the human society she, like all mermaids, formerly belonged to. The last book of the trilogy, The Twice Lost, is largely set in the expanse between Hunter’s Point and the , where the mermaids go to war.

I lived in in my late teens and again in my mid-twenties, and I cherish a deep nostalgia for the dreamy, ramshackle areas along the waterfront where I used to go exploring with my friends. I remember picnicking on the deck of a rusting, half-sunk barge an easy leap away from the shore, dancing in a cavernous abandoned warehouse with windows the color of skim milk, and gazing out at an inlet where, for no apparent reason, dozens of shopping carts thick with barnacles sprawled in the receding tide. When Luce reaches the after a harrowing voyage down the coast, her memories of the city are mine; she’s been to the same places I went, though with her father. 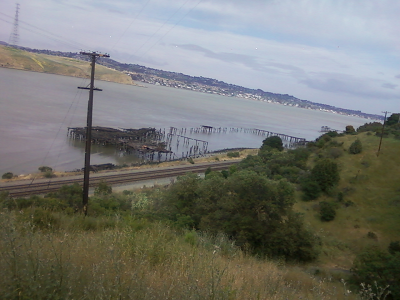 The question of where an entire mermaid army could live, in secret, on the border of a major city, was trickier. My mermaids have some very specific needs: they can’t remove their tails from the water for more than a few moments without excruciating pain followed by death. They need to breathe, though not as frequently as people do, and they need to sleep. In the wild they choose caves with sloping, half-submerged shores; in that wasn’t going to be an option.

I traveled to to find a home for Luce’s followers, The Twice Lost Army. Two dear friends, Tera and Jenny, took me on expeditions to locate sites for the mermaids’ camps. Jenny thought that near , with its desolate shipyards, might have potential, and we went off on a day of scouting; at one point we stopped at a beach in the shadow of a sugar factory where I took this snapshot of mysterious waterlogged machinery: 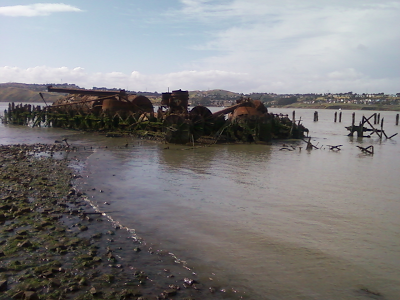 Eventually we reached , which had a wonderful ruinous appeal. It also had a couple of disadvantages for mermaids: the salt water there is diluted by the —mermaids hate fresh water—and, even though mermaids are extremely fast swimmers, it seemed like kind of a long commute for the Twice Lost. For those reasons, it eventually became the site of a secondary camp, once the Twice Lost Army grows too big for their original home. This is a photo of the shipyards near the camp: 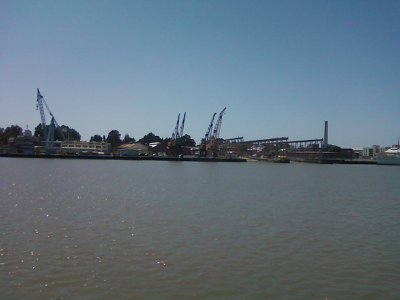 Here is Jenny Lemper on . She’s a brilliant photographer, so it’s too bad that I was the one taking the pictures! 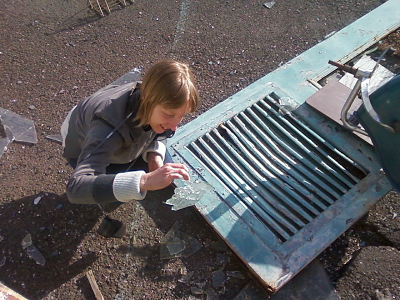 It was on my next expedition, with Tera, that I discovered Luce’s main camp. By Islais Creek just north of Hunter’s Point there is a vast empty factory, separated from the road by a tall barbed wire fence that would serve to protect the mermaids from human intruders. The factory is supported by pilings and stands out over the water; the shadows beneath it are deep and somber enough that people casually boating by wouldn’t be likely to notice mermaids living there. And, by hanging handmade hammocks and nets from the pilings, the mermaids could achieve their ideal conditions: a place to sleep with their tails under the surface and their heads above.

It was perfect. The Twice Lost Army had found their home. 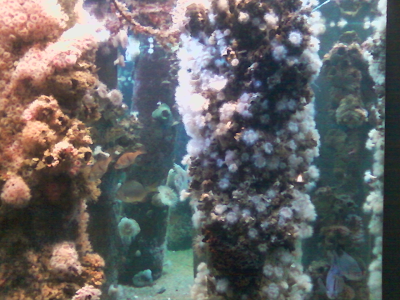 I can’t show you photos of the camp above the waterline, though. Those are classified! 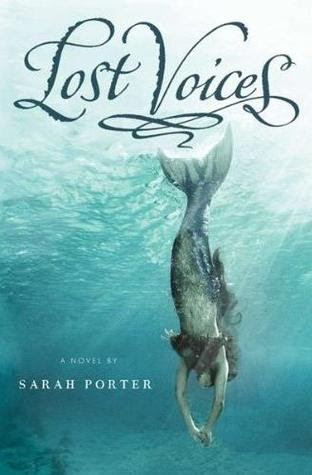 Synopsis via Goodreads:
Fourteen-year-old Luce has had a tough life, but she reaches the depths of despair when she is assaulted and left on the cliffs outside of a grim, gray Alaskan fishing village. She expects to die when she tumbles into the icy waves below, but instead undergoes an astonishing transformation and becomes a mermaid. A tribe of mermaids finds Luce and welcomes her in—all of them, like her, lost girls who surrendered their humanity in the darkest moments of their lives. Luce is thrilled with her new life until she discovers the catch: the mermaids feel an uncontrollable desire to drown seafarers, using their enchanted voices to lure ships into the rocks. Luce possesses an extraordinary singing talent, which makes her important to the tribe—she may even have a shot at becoming their queen. However her struggle to retain her humanity puts her at odds with her new friends. Will Luce be pressured into committing mass murder? 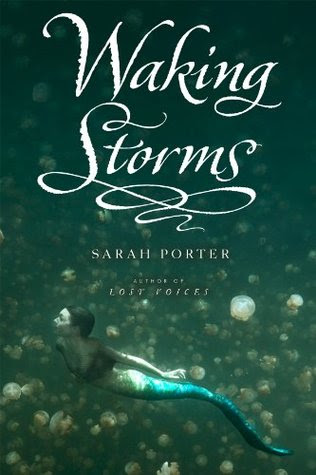 Synopsis via Goodreads:
After parting ways with her troubled mermaid tribe, Luce just wants to live peacefully on her own. But her tranquility doesn’t last long: she receives news that the tribe is on the verge of collapse and desperately needs her leadership. The tribe’s cruel queen wants Luce dead. Dorian, the boy Luce broke mermaid law to save, is determined to make her pay for her part in the murder of his family. And while the mermaids cling to the idea that humans never suspect their existence, there are suddenly ominous signs to the contrary.
But when Luce and Dorian meet, they start to wonder if love can overpower the hatred they know they should feel for each other. Can Luce fulfill her rightful role as queen of the mermaids without sacrificing her forbidden romance with Dorian?

Synopsis via Goodreads:
Mermaids have been sinking ships and drowning humans for centuries, and now the government is determined to put an end to the mermaid problem—by slaughtering all of them. Luce, a mermaid with exceptionally threatening abilities, becomes their number-one target, hunted as she flees down the coast toward San Francisco. There she finds hundreds of mermaids living in exile under the docks of the bay. These are the Twice Lost: once-human girls lost first when a trauma turned them into mermaids, and lost a second time when they broke mermaid law and were rejected by their tribes. Luce is stunned when they elect her as their leader. But she won’t be their queen. She’ll be their general. And they will become the Twice Lost Army—because this is war.


ADD the Trilogy on GOODREADS

Sarah is a writer, artist, and freelance teacher. She teaches creative writing workshops in the New York public schools via Teachers and Writers Collaborative; Sarah's worked with kids in grades K-10, but she's focused on junior high and high school for the last several years. Sarah didn't think she would have written a YA novel if it weren't for the experience! Reading her students' intense, passionate poetry and stories recalled her own emotions at that age. Lost Voices was Sarah's attempt to write the book she most needed as a twelve-year-old struggling with what it means to be human: a book she never really found.
Sarah lives in Brooklyn with her wonderful husband Todd, an artist and fabricator of electronic art, and their cats Jub Jub and Delphine.