Cover Reveal: Waking Up In Vegas by Stevie Kisner

Check out the sizzling cover for Stevie Kisner's upcoming New Adult Romance, Waking Up In Vegas. 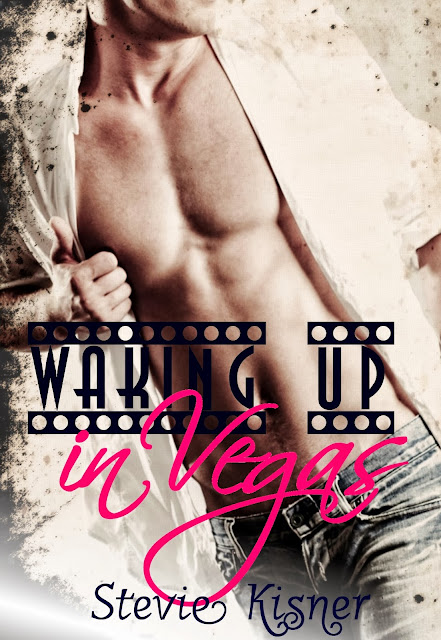 Synopsis via Goodreads:
I’m Tack Morgan, and I’m Las Vegas Magazine’s Sexiest Man. I’m the host of the most listened-to morning drive-time show on Vegas’s FM dial.
I’m also in therapy for sexual harassment.
My therapist is the one making me write this. The doc says it’ll help put things into perspective.
To be clear, I don’t have sexual harassment issues. I have sexual frustration issues.
And it’s totally not my fault.
That responsibility rests squarely with the person I’m being accused of harassing. I see her each and every weekday morning at the ungodly hour of 6 am.
Funny. I used to think that was the best time of the whole day. I lived for starting my mornings so early, not seeing my bed until many, many hours later.
Unless it was for recreation.
At the risk of sounding cocky, I recreated a lot.
Sex is my sport of choice. Or at least it was, until Jen waltzed through the station door and announced she was my new morning-show co-host.
I swear, she’s developed some sort of pheromone-canceling ESP that follows me around everywhere and cockblocks me at every turn. I haven’t gotten laid in… too long.
Honestly, I haven’t been keeping track.
Actually, yes, I have.
It’s been two months.
Coincidentally, that’s exactly how long Jensen McKenzie has been my co-host.
I don’t think my balls can get any bluer.

When she's not reading, Stevie's writing (both into the wee hours of the morning) and have an unfettered love affair with caffeine in all its magical forms.

Stevie grew up in and around Cleveland, Ohio, spent most of a decade in Sacramento (and consider that home), and currently live in a suburb of Albuquerque, New Mexico with her husband and college-student son.