Review: The Boy I Love by Nina de Gramont 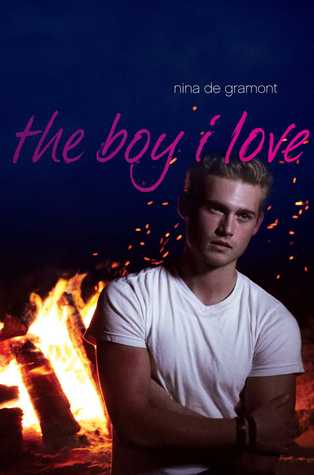 Fifteen-year-old Wren has been content to stay in her best friend Allie’s shadow. It doesn’t bother her that Ally gets the cutest guys, the cutest clothes, and even a modeling gig—Wren is happy hanging with the horses on her family’s farm and avoiding the jealousy of other girls. But when Tim, the most intriguing guy in school, starts hanging out with Ally and Wren, jealousy is unavoidable, but not the kind Wren expects. Because even though Ally is wayyy into him and Wren hasn’t flirted, not one little bit, it becomes increasingly clear that Tim prefers Wren’s company above anyone else’s.

Tim’s unexpected devotion comes at the exact time Wren’s home life is about to be turned upside down. Her parents have just found out that the family horse farm is on land that was once a slave plantation and are struggling with whether to sell it. Wren aches at the thought of losing her horses and leaving town, but at least there is Tim...always a gentleman on their dates. Such a gentleman. Too much of a gentleman, even, and Wren begins to wish he’d be a wee bit less gentlemanly. And as Tim’s church becomes actively homophobic, his pressuring parents don’t understand why he won’t help “spread the word,” and he’s now a wreck. Then he tells Wren his biggest secret, and Wren must decide what she’ll really do for love.

*Received an ARC from the publisher in exchange of an honest review.

Intriguing, thought-provoking, and heartfelt. I must say The Boy I Love turned out to be one heck of a surprise. Initially, I didn't know how I'd feel about the story because in the first two chapters I was iffy, and I suspected one of the themes right off so I feared it'd be too predictable and I wouldn't enjoy it. But I was wrong. I'm also happy to not have read the synopsis beforehand because yeah, dead giveaway.

So, aside from the issue of two friends having a childish fallout over a guy with his own problems, I liked the other aspects of the story that brought up racial discrimination, as well as how the author worked in the effects of owning a land that played its part in a horrific period in history. Not only that, but the main character and her family were going through a great deal throughout the story and I truly felt for them. Their situation was quite relatable for many as its true to the state of the economy. Their emotions were real, and the impact of their struggle was real.

Another thing I liked was how discrimination wasn't only about race, but the author showed how it applied to sexual orientation as well, and what many individuals have to face because of who they are and who they love. I was deeply moved by the main character's beliefs in that sense and her drive to wanting to do something, regardless of how she feels about Tim. I think she was a strong character and you don't find that often in young adult books, so that was another positive in this story.

Speaking of characters, let me tell you I did not like Wren's best friend from beginning to end. Allie just came off snotty and conceited to me. Like I get being shy, because I am, and not having the courage to talk to someone you have a crush on. But come on, you can't get mad if he likes someone else. You have no claims over him whatsoever. So the fact that she got mad at her best friend because Tim had established a relationship with Wren was just stupid to me. And I wanted to slap her when she didn't seem to care that Wren was going through so much and needed a friend. No wonder Wren couldn't tell her about Tim, regardless if he made her promise not to tell anyone. She just came off too self-centered. Basically, she was a bitch and I could see why she wasn't getting what she wanted. Her personality sucked.

Moving on, I liked Wren's family life and the dynamics of her home. Her parents were really great, realistic people and I liked how involved they were. Not only in her life but in the story. Their characters were equally strong throughout and I liked how she could talk to them. That's another thing that's rare in books (parents, fathers in particular, aren't very present). But I really enjoyed that part of the story.

In conclusion, The Boy I Love was an enjoyable read. It's fast-paced, fluid writing style that was easy to fly through in no time. The descriptions were good. I felt like I was living every scene. And my interest was held throughout. I must admit, there were one or two parts that had me saying huh? but for the most part, I liked this one and definitely will check out the author's other books.

Nina de Gramont is the author of the acclaimed Meet Me at the River and Every Little Thing in the World as well as the story collection Of Cats and Men and the adult novel The Gossip of Starlings. Her work has appeared in Redbook, Harvard Review, Nerve, and Seventeen. Nina lives with her husband and daughter in coastal North Carolina. You can visit her at NinadeGramont.com

Posted by Shane @ItchingforBooks at 6:50 AM