Anne Greenwood Brown's enchanting debut is about to unleash. Therefore, I just had to catch up with the skillful author for an interview in regards to the compelling story behind Lies Beneath. Check out her answers and continue for a magical giveaway!

1. What inspired you to become a writer and who are some of your biggest influences?

I’ve always been writing, even when I wasn’t brave enough to call myself “a writer.” When I was 5, I used to make books and have my dad make copies at work. Then I’d try to sell them to my neighbors for a dime. Some of my earliest influences were Judy Blume, E.B. White, and John Irving. More recently, Libba Bray and Maggie Stiefvater.

2. Several authors are reviving the mermaid theme so to speak. What distinguishes your book from the rest?

I’ve only read a few, and they’re all so different in tone that they’re hard for me to compare. I’ve heard mine is more literary in style than others, but I’ll let others be the judge of that.
Another difference may be that my main character Calder White is a merman who wants to be something else, something he sees as better. I think in general most mermaids are pretty content with their lot.
Finally, thematically, I intended Lies Beneath to be read as an evolution story: the story of an animal who evolves into a man.

3. And as a debut author did you feel any pressure whatsoever?

No outside pressures. It’s the first in the series so I didn’t have any time pressures to meet a deadline. The only pressures were those that I put on myself to tell an honest story (characters’ flaws and all) in the best way I knew how.

4. Tell us about your first novel and the research that went into building the story behind Lies Beneath.

Most of it is a result of pure imagination, but I did research small details like hypothermia and the physiological process of drowning.
I also did some basic research into mermaid legends from around the world. I wanted to reflect the global history of the mermaid, which I did through character names, physical descriptions, and back stories. Maris’ name is Latin for “of the sea,” and her physical description is supposed to reflect Greek statues (pale and stiff). Pavati is a Native American name that means “clear water,” but she is of Middle Eastern descent. Tallulah is also a Native American name that means “leaping water,” but she is described as Celtic looking.

5. Why’d you decide on using Lake Superior as a setting?

I grew up sailing on Lake Superior, so it was a very natural place for me to go. Plus, I was already writing a contemporary novel set on Lake Superior when the idea for Lies Beneath came to me. I know most people associate mermaids with oceans, so I liked the idea of stepping out of the “mermaid box,” so to speak.
When I did my mermaid research, I came across some references to mermaids living in the streams and rivers of Great Britain, so--you know--fresh water mermaids were historically possible! Why shouldn’t they be living in Lake Superior? There’d be plenty of room for them to hide.

6. And could you explain the saying “Lake Superior doesn’t give up its dead…?”

Yes! This gets a little gruesome, but you asked . . . Lake Superior is very
cold. You can swim in it if you’re a hearty soul, but if you die in it . . . it’s so cold that bacteria doesn’t grow. Because bacteria doesn’t grow, dead bodies don’t fill up with gas and bloat, which means they don’t float, which means they are rarely found. There are reports of sailors still trapped, still perfectly preserved, in sunken ships.

7. A merman with a murderous past. A stalker. Someone driven by emotions. A life controlled by his wicked sister. Calder’s seen as many things but in your opinion, who is he?

Calder is a lost boy. He is one of the people who died in the lake, and whom the lake didn’t give up. His story is just different than the average drowning victim because he was “saved.” At least in a way. He’d probably dispute that point because he doesn’t see it as salvation. Because mermaids, like other fish, have a “school” mentality, he sees his mer-nature as a prison of conformity that he’s trying to escape.
He also has a strong longing for family. His mermaid sisters are the only family he has, which is one of the reasons he has a hard time breaking away from them. It’s also one of the reasons he’s so attracted to the Hancock family. In my working draft of Book 3, Lily refers to Calder as a “momma’s boy without a momma.”

8. A lot of people, including myself, felt that Lily’s character needed further development. Also, I really wanted to know more about the White sisters. I can’t help but feel like there’s more to them than was mentioned. What exactly were your intentions with these characters in particular?

Writing in first person has a lot of “pros” in that you can really get into one character’s head and hear his voice. The “con” is that you don’t know what other characters are thinking, unless they say it out loud, or do something really overt.
Lily was tricky because the reader can’t know what she’s thinking, plus she’s very secretive and holds a lot of what she’s thinking close to the vest. Her full character is there on the page, but it comes out in little subtleties that may be easily overlooked or not fully appreciated until the end of the series when the reader has the chance to look back.
The sequel, Deep Betrayal, is told from Lily’s point of view so the reader will get into her head and understand why she did the things she did in Lies Beneath, and for that matter, what she really thinks of Calder.
The same thing is true with the mermaid sisters. Their motivations and backstories get flushed out a little more in Deep Betrayal, but most fully in Book 3. When you plan a multi-book story arc, details trickle in slowly and you have to just hope the reader is willing to go along for the ride!

9. By the way, why is there Victorian poetry added to the story?
First, I’m a fan.

Second, I was intrigued by the fact there are so many mermaid poems in the Victorian era, and how idealized they are--especially in light of mermaid legends, which can be pretty grisly. The poems fit to highlight Calder’s internal conflict as to who he really is (romantic or terrifying), as well as Lily’s ability to see the good in people who cannot see it in themselves.

10. Anne, what’s the one thing you’re hoping readers will take from the Lies Beneath if nothing else?

I hope they'll take away the fact that there is good and bad in all of us, and the internal battle between the two begins when we learn to forgive the bad in others--which in my opinion is one of the hardest things for people to do.

Deep Betrayal is complete and will come out in March 2013. I’ve written a third book to complete the trilogy, which I hope will see the light of day some time in late 2013.
12. Aside from being an author, what else do you enjoy doing?

Anything related to Irish culture: music, dancing, traveling, story telling. Once I’m done with the mermaids, I’ll probably turn to something with an Irish flair.

13. Lastly, if Lies Beneath got picked up as a TV series, which actors would you like to see playing these characters? 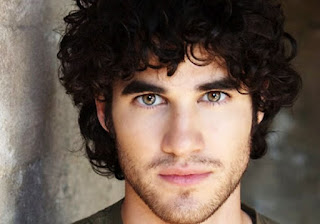 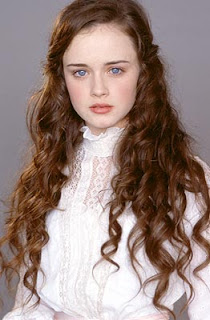 Perfect fit indeed.
And with that, I'm sure we all wish Anne G. Brown all the success with her new series.
www.annegreenwoodbrown.com


Now for the GIVEAWAY!!

*Rule: This giveaway is for U.S readers only.

Email ThisBlogThis!Share to TwitterShare to FacebookShare to Pinterest
Labels: Anne Greenwood Brown, Behind The Pages, Books, giveaways, Interviews, Lies Beneath