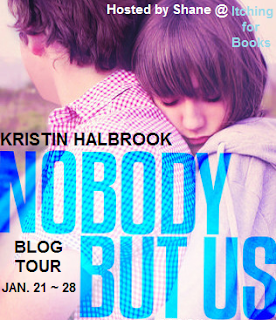 The Kristin Halbrook's Nobody But Us Blog Tour is now running from January 21 to 28. See the schedule below.


Bonnie and Clyde meets IF I STAY in this addictively heart-wrenching story of two desperate teenagers on the run from their pasts.


They’re young. They’re in love. They’re on the run.


Zoe wants to save Will as much as Will wants to save Zoe. When Will turns eighteen, they decide to run away together. But they never expected their escape to be so fraught with danger....


When the whole world is after you, sometimes it seems like you can’t run fast enough.


Nobody But Us, told in alternating perspectives from Will and Zoe, is an unflinching novel, in turns heartbreaking and hopeful, about survival, choices, and love...and how having love doesn’t always mean that you get a happy ending. Described as “beautiful, heartbreaking, and exhilarating” by Kody Keplinger, author of The DUFF, Nobody But Us will prove irresistible to fans of Nina Lacour, Jenny Han, and Sara Zarr. 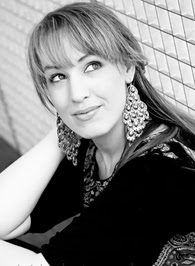 When Kristin was little, she wanted to be a writer, the President of the USA or the first female NFL quarterback. Despite being able to throw a wicked spiral, Kristin didn't really grow to the size needed for the NFL. Then, as she got older and studied more, she came to realize there were better ways to effect positive change than becoming president. The first one, however, stuck. Even when Kristin was pursuing other dreams, she always took time to write here and there.  When she's not writing or reading (which is what she does all day, in all of her work), Kristin's spending time with pixies, her Mad Scot soulmate, and one grumpy cocker spaniel; traveling across oceans and time; cooking and baking up a storm and watching sunsets and waves crash on the beach.

Kristin currently lives, loves and explores in The Emerald City, though she occasionally makes wispy, dream-like plans to move to New York, Paris or a Scottish castle one day (if just temporarily).

Email ThisBlogThis!Share to TwitterShare to FacebookShare to Pinterest
Labels: Blog Tours, Contemporary, kristin halbrook, nobody but us, Romance, Young Adult