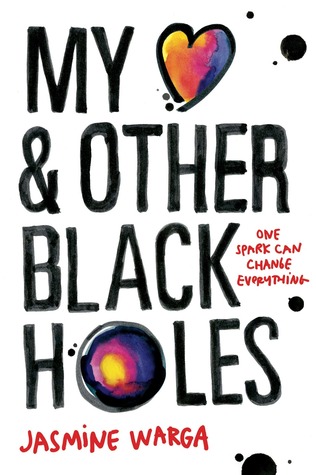 Synopsis via Goodreads:
Sixteen-year-old physics nerd Aysel is obsessed with plotting her own death. With a mother who seems scared of her, classmates who whisper behind her back, and a father who has made her the town pariah, Aysel’s ready to turn her potential energy into nothingness.

There’s only one problem: she’s not sure she has the courage to do it alone. But once she discovers the website Smooth Passages and its section called Suicide Partners, Aysel’s convinced she’s found her solution. Better yet, a boy with the username FrozenRobot (aka Roman), who’s haunted by a family tragedy, is looking for a partner.

But as their suicide pact starts to become more concrete, Aysel begins to question whether she really wants to go through with it. Ultimately, Aysel must choose between wanting to die or trying to convince Roman to live so they can discover the potential of their energy together. Except that Roman may not be so easy to convince.

This is a gorgeously written and compulsively readable debut novel about the transformative power of love and acceptance.

This sounds like a really intense book depicting a serious issue, and I'm curious as to how the main character will convince the guy she's fallen for (in spite of the fact that this was her decision prior) not to kill himself. Can she help save his life along with hers? Wow. I'm really intrigued by that description.

What are you waiting for?
Posted by Shane @ItchingforBooks at 5:39 AM

Email ThisBlogThis!Share to TwitterShare to FacebookShare to Pinterest
Labels: Blog Hopping, Memes, my heart and other black holes, Waiting on Wednesday