by Rosemary Clement-Moore
Expected publication: May 14th 2013
Publisher: Delacorte Books for Young Readers
Synopsis via Goodreads:
Daisy Goodnight can speak to the dead. It’s not the result of a head injury or some near-death experience. She was just born that way. And she’s really good at it. Good enough to help the police solve the occasional homicide.


But helping the local authorities clear cold cases is one thing. Being whisked out of chemistry class by the FBI and flown to the scene of a murder/kidnapping in Minnesota? That’s the real deal.
Before the promotion can go to Daisy’s head, she’s up to her neck in trouble. The spirits are talking, and they’re terrified. There’s a real living girl in danger. And when Daisy is kidnapped by a crime boss with no scruples about using magic—and Daisy—to get what he wants, it looks like hers is the next soul on the line. 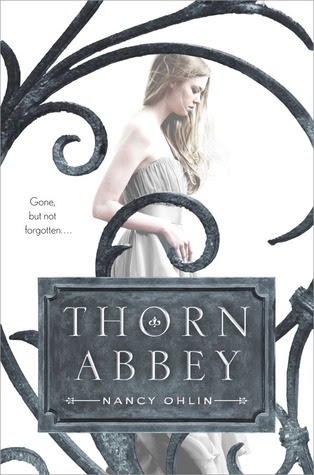 by Nancy Ohlin
Expected publication: May 7th 2013
Publisher: Simon Pulse
Synopsis via Goodreads:
Nothing is as it seems in this darkly romantic tale of infatuation and possession, inspired by Daphne du Maurier’s Rebecca.
Becca was the perfect girlfriend: smart, gorgeous, and loved by everyone at New England’s premier boarding school, Thorn Abbey. But Becca’s dead. And her boyfriend, Max, can’t get over his loss.


Then Tess transfers to Thorn Abbey. She’s shy, insecure, and ordinary—everything that Becca wasn’t. And despite her roommate’s warnings, she falls for brooding Max.
Now Max finally has a reason to move on. Except it won’t be easy. Because Becca may be gone, but she’s not quite ready to let him go…

Both sound really interesting and I love the covers.