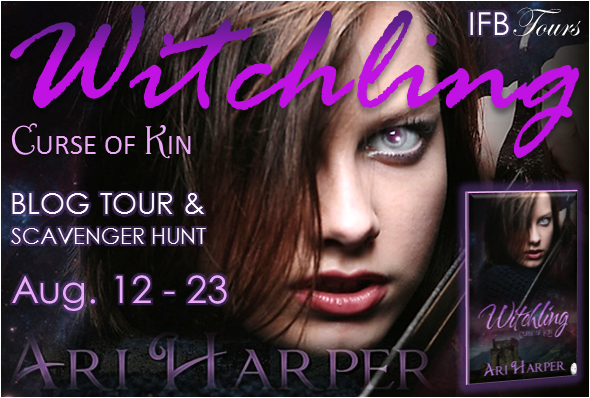 Nera is a normal teenage girl living in Ireland-or so she thought. Her world is forever changed when she discovers that she is descended from a long line of witches. To her horror she finds she is the one that is supposed to stop the curse that has taken the life of every girl before her. As if that isn't enough, she must learn to use magic and her trainer is a man named Bones. He is the son of Mari, Queen of the Witches, and a god. It is Bones that has been entrusted to teach her the skills she needs to stay alive, which wouldn't be so bad if he didn't have an uncanny knack for pushing her buttons. Can Nera learn what she needs while staying immune to the charms of the man that gets under her skin at every opportunity?

Ari Harper never wanted to grow up.
To offset the limitations of aging ungracefully, she created her own set of unique worlds where she can be and do whatever she wants.


Gods, witches and demons surround Ari while she spins her magic, doing mainly what they tell her to do. Given a chance, she prefers to work amongst chaos, which is good because she is constantly surrounded by children, all clamoring for attention. Some of them end up in her stories, some of them even get to die grisly deaths or be cast away to another realm.

NOTE: Please do not post any negative reviews under 3 stars that is hurtful to the author and affects the promotional aspect of the tour. Thank you.

*No posts on Saturday & Sunday!

Posted by Shane @ItchingforBooks at 7:04 AM