BLITZ TOUR~All In by Marta Brown 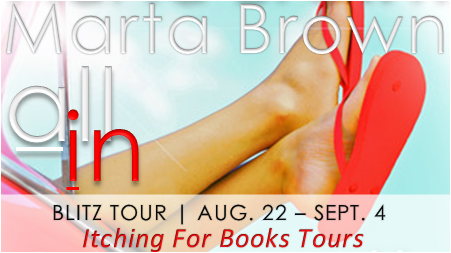 The Marta Brown All In Blitz Tour has ended. See schedule below: 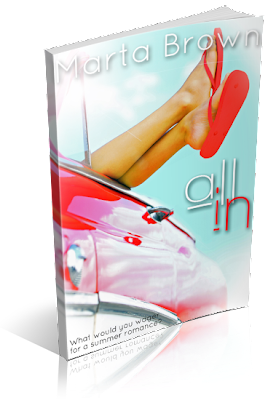 
On the picturesque island of Martha's Vineyard, there are two kinds of residents. Locals and Stays.

Local boy, Lane McCarthy, plans on spending his summer working at the country club to save money for college in the fall, while summer stay, Ashley Whitmore, and her elite group of friends are only there to play.

As the summer heat goes up on the island, so does the ante, when both Lane and Ashley must decide what they’re willing to wager in order to follow their dreams… and their hearts.
With stakes as high as the surf, and hopes as high as the midday sun, will they risk everything and go all in? 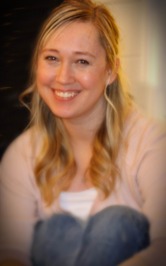 Marta Brown grew up in the Pacific Northwest and was a teenager when Doc Martens, Pearl Jam and flannel were the norm and Dylan loved Kelly forever. (Beverly Hills 90210 shout out)


She still lives just outside Seattle, now with her husband and cat, and loves the rain.


When she’s not writing about cute boys, first kisses and the magic and wonder of being seventeen, she’s watching The CW. And she sleeps in. Late.

AUG. 22 - Living in a Bookworld
Eater of Books
Book Freak

AUG. 27 - YA Books of Witchcraft & Wizardry
Book-Marks The Spot

AUG. 28 - A Dream Within A Dream
Writer of Wrongs

AUG. 30 - Nothing Better Than A Book
Nazish Reads

a Rafflecopter giveaway
Posted by Shane @ItchingforBooks at 12:01 AM