IFB is hosting the cover art & trailer reveal of Laurel Osterkamp's The Holdout. Check it out below, stop by all the blogs participating, and enter the international giveaway! 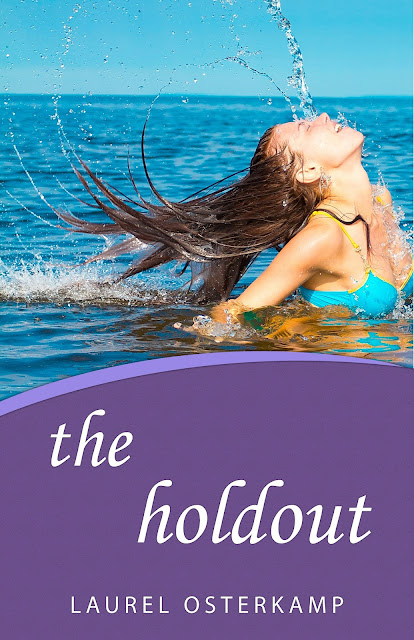 Robin wanted to win The Holdout, a cutthroat reality TV show, so she gave it her all, challenge after challenge. Then she fell for Grant, with his irresistible eyes and heartbreaking life story.

But Grant was only using Robin as they competed for a million dollars. Once home, Robin wants to hide from the humiliation as episodes of The Holdout are aired, and she worries her family was right all along; she’s not a survivor.

Yet she could surprise everyone, and have the last laugh.

Besides, Robin now has jury duty. And as she forges ahead, confronting her demons about bravery, justice, and romance, Robin will come to decide which is more important: the courage to stand alone, or the strength to love again.

Laurel Osterkamp’s award winning novels have been hailed as funny, intelligent, snarky and poignant. She is the author of four novels and two novellas, including the November Surprise series, which, like The Holdout, features the Bricker family. Laurel was recently on a federal jury, and she loves watching Survivor.

Laurel Osterkamp is the Award Winning Author of several novels including Following My Toes, November Surprise, and Starring in the Movie of My Life.  Along with writing, she teaches, and maintains relationships. Laurel also loves boots, chocolate, her family, and her liberal opinions.