On a remote island in the Pacific, Corpus scientists have taken test tube embryos and given them life. These beings—the Vitros—have knowledge and abilities most humans can only dream of. But they also have one enormous flaw.

Sophie Crue is determined to get to Skin Island and find her mother, a scientist who left Sophie behind years ago. She enlists hunky charter pilot Jim Julien to take her there. But once on the island, Sophie and Jim encounter more than they bargained for, including a charming, brilliant Vitro named Nicholas and an innocent, newly awoken one named Lux.

In a race for their lives, Sophie and Jim are about to discover what happens when science stretches too far beyond its reach 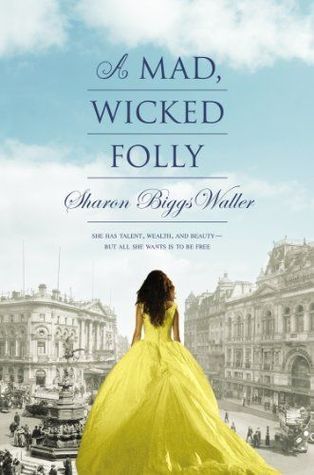 Welcome to the world of the fabulously wealthy in London, 1909, where dresses and houses are overwhelmingly opulent, social class means everything, and women are taught to be nothing more than wives and mothers. Into this world comes seventeen-year-old Victoria Darling, who wants only to be an artist—a nearly impossible dream for a girl.

After Vicky poses nude for her illicit art class, she is expelled from her French finishing school. Shamed and scandalized, her parents try to marry her off to the wealthy Edmund Carrick-Humphrey. But Vicky has other things on her mind: her clandestine application to the Royal College of Art; her participation in the suffragette movement; and her growing attraction to a working-class boy who may be her muse—or may be the love of her life. As the world of debutante balls, corsets, and high society obligations closes in around her, Vicky must figure out: just how much is she willing to sacrifice to pursue her dreams?

I haven't read Jessica Khoury's Origin but Vitro sounds like it'll portray different characters on the island. Nevertheless, I'd love to read both books back to back so I definitely want to get my hands on Vitro. The whole setting of being on an isolated island and doing tests just intrigues me. As for A Mad, Wicked Folly, well, that just sounds interesting all on its own. Love the title. Love the girl in yellow dress on the cover looking at a black and white, and very much historical London. I like the description and would love to find out how Vicky's story turns out.