Krista Holle stopped by to discus her inspiration behind The Wind Whisperer, a Young Adult novel you should read. Learn more about the story and check out Krista's guest post below: 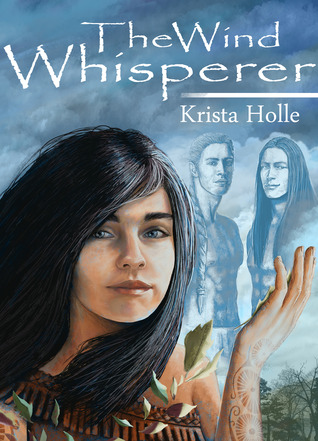 Synopsis via Goodreads:
At fifteen, Anaii is the most important member of her tribe—and the most mysterious. Ever since Anaii can remember, the spirits of the wind have whispered of fertile hunting grounds and imminent enemy attacks. But when her people are ambushed by a brother clan without any apparent cause, the spirits remain eerily silent.

As the village prepares to retaliate, Anaii is pressured by her best friend, Elan, to marry him. It’s an old plea—Elan has spent a lifetime loving her, but Anaii only sees a childhood playmate out of an imposing warrior. Stifled by Elan’s insistence, Anaii escapes into the forest where she meets Jayttin, the beautiful son of the enemy chief.

Enamored by Jayttin’s carefree spirit and hope for peace, she repeatedly sneaks away to be with him, but when her deception is discovered, Elan is devastated. Pledging his lifelong affection, Elan gives her a passionate kiss, and Anaii begins to see her friend in a new light.

While Anaii is tormented over which man she must choose, the wind whispers of a new threat that could destroy both tribes. Only a union will afford a chance at survival, but the reality of that union is based on one thing—which man Anaii chooses to die.

When writing a novel, inspiration comes in all forms. For me it was staring me in the face every time I pulled in my driveway. The inspiration for The Wind Whisperer was a little Indian princess known to most people as Pocahontas. During the writing of this unique YA novel, I lived on forested property once owned by Pocahontas herself. My property was a dowry given to Pocahontas upon her marriage to John Rolfe, the tobacco farmer. Okay, so I didn’t own the whole dowry, just a five acre piece of it, but it was enough for me to “see” Pocahontas everywhere I looked.

I’m not a Pocahontas expert by any means, but I am a big fan. Her picture is prominently displayed in my living room and her given name “Matoaka” is plastered across my license plate. For the non-history buff, you may not realize that “Pocahontas” was only a childhood nickname. When I walked through the forest surrounding my home or crossed one of Tidewater’s many streams, I knew I needed to write a novel that in part, told the story of the people who once roamed this region.

At first I thought I would write a Romeo and Juliet type story between two warring tribes. What I ended up with was very different. The Wind Whisperer does center around two warring tribes, but at the very center of the story is a feisty fifteen-year-old girl named Anaii. She has the unique ability to communicate with the spirits of the wind. As the story progresses, Anaii’s gift gets her into all sorts of trouble—even an agonizing love triangle!

Pocahontas and Anaii actually have a lot of things in common. They both live in longhouses and would have eaten the same things. As was the beauty custom, both women are heavily tattooed. Both women get kidnapped and live life as a chief’s daughter. Because of their high status, neither woman was required to work. I’m not sure about Pocahontas, but this makes Anaii a very unpopular outsider. Imagination must fill in where the facts fall short.

In every aspect of my story, I tried to tell a realist story of people who didn’t exist, but could have. From the warrior plucking their hair above their right ears, to the tribal priests wearing short leather tunics, I tried to paint an accurate picture. Hopefully as you read The Wind Whisperer, you’ll feel submerged in Native American life, and just maybe you may even channel a little Pocahontas.

Krista Holle has been writing since she was nine-years-old when she scribbled out her first adolescent work entitled Merish, the completely illogical but heartfelt story of a girl who was part mermaid, part fish. As a young mother, Krista added to her repertoire some middle grade readers and picture books she’s wary of mentioning.


Krista currently resides in Midlothian, Virginia with her husband, four daughters, and an eccentric cat with an attachment to the family’s socks. She continues to write obsessively every chance she can get.