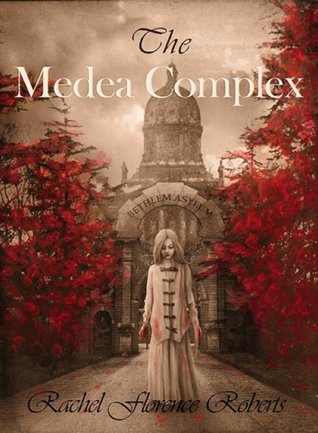 1885. Anne Stanbury - Committed to a lunatic asylum, having been deemed insane and therefore unfit to stand trial for the crime of which she is indicted. But is all as it seems?

Edgar Stanbury - the grieving husband and father who is torn between helping his confined wife recover her sanity, and seeking revenge on the woman who ruined his life.

The Medea Complex tells the story of a misunderstood woman suffering from insanity in an era when mental illnesses' were all too often misdiagnosed and mistreated. A deep and riveting psychological thriller set within an historical context, packed full of twists and turns, The Medea Complex explores the nature of the human psyche: what possesses us, drives us, and how love, passion, and hope for the future can drive us to insanity.

I don't know where to begin. Should I mention that this novel is undoubtedly spectacular? Or should I say, this "debut" novel is remarkably spectacular? I haven't read a book that has affected me on an emotional level in quite a while. Not like this. The Medea Complex will provoke your thoughts, make you question everything you classify as crazy, and even leave you speechless by the end of the story. Because by then you'll be kicking yourself saying, "I should have seen this coming."

First, let's do some research. For those like myself who didn't quite understand what the Medea Complex is, the term attributes to Greek Mythology and the tale of a woman named Medea, who got back at her husband by killing their children. Read more about that story here.

Now on to the writing. I have to take a moment to sign and collect my thoughts. It was just absolutely wonderful. The way Rachel captured the setting, the scenarios, every single emotion, was done in such a flawless way. I couldn't stop reading; word after word pulled me in deeper. I love historical fiction mostly having to do with romance, so I must admit that I was a bit apprehensive about going into this one, especially with the creepy blood-splattered girl on the cover and the premise upon which the story is built. Nevertheless, I'm so glad I went in with an open mind. This is historical like no other, guaranteed to leave you shivering.

In regards to the characters and different POVs, it all made sense. I usually get thrown off when there's too much narrators, but in this case, it works. I was given the chance to enter the minds of each individual significant to the plot.


I actually started doing this in bed while reading the book. No lie.

From start, Anne came off as the innocent wife who went insane. She committed the ultimate crime: murdered her own baby. I sympathized with her situation, and at the same time was angry with her. My reaction is only natural. But once the story progressed I fell more on the doubtful side, wondering what was really going on with Anne. At one point, I wasn't even angry with her anymore, just like a lot of people weren't. I started questioning the contributing factors that might have led her to commit the crime. So, you can only imagine my reaction towards the end.

When Dr. Savage entered the story, he depicted the characteristics of a man trying to cure the madness, like most individuals in his profession. He worked hard to separate his hospital from the stigmas associated with asylums, by using lesser painful methods in addressing ones insanity. There were times I found him compassionate, considerate, a straight up good doctor. And there were times I found him too naive and ignorant to certain things, especially when it came to Anne's interest in books. But I guess you have to understand that in the particular era, society was crazier.

As for the other characters, more specifically Anne's husband, Edgar, had I not been able to get into his head I would've deemed him as an unkind husband and possibly blame him for everything that had happened. However, I liked him. He was strongly influenced by the selfishness of his own father to place himself in a situation where the consequences would be deadly. I literally felt the pain during his final scenes and almost envisioned myself in his place. That's how convincing the story was. Then again, its all not too far-fetched from actual events.

I don't want to go on any further for I fear I might give away too much. However, I will say this one last thing, Rachel Florence Roberts is a terrific author who has written a story not only dark and intriguing, but focuses on an issue, medical and criminal, still present in today's society. I commend her for writing such a great book and look forward to her next novel. 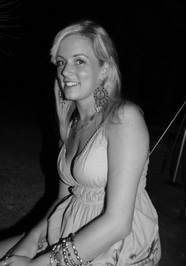 British born and raised, Rachel Florence Roberts is a registered nurse, fiancée and mother of one based in Malta, EU. The Medea Complex was written shortly after the birth of her son, and took almost two years to complete. She suffered with postnatal depression in a country that did not understand her, and was henceforth the inspiration behind the novel. The Medea Complex will make anyone who has ever thought, lived, laughed, and loved, question the importance of those and everything around them.