Review: Cursed be the Wicked by J. R. Richardson 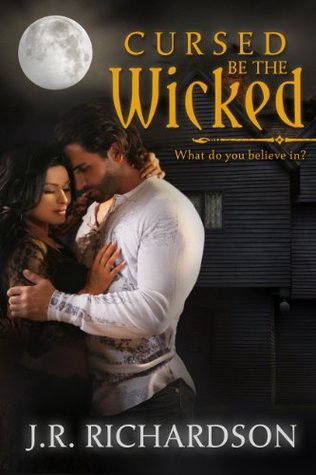 Synopsis via Goodreads:
Cooper Shaw lives his life under a pen name and enjoys the anonymity it provides during his journeys across the globe as a seasoned writer for a travel magazine. When his job lands him in his hometown of Salem, Massachusetts, to cover the famous Festival of the Dead, he soon realizes that he can’t stay invisible forever as he faces ghosts from a past he’s been trying to forget ever since he left.

The city represents nothing but bad memories for Coop until he meets Finnley Pierce, a quirky young woman with an old soul and curious insights. While she acts as his tour guide through a town he thought he knew, Finn helps him unearth the truth of his childhood and might even begin to open up his heart.

By unraveling the mystery of his father’s murder, Coop may finally accept who he is, where he came from, and perhaps even realize what he wants for his future.

*eBook provided by the author in exchange of an honest review.

Cursed be the Wicked was one intriguing story, and I must say that it was different than I'd expected. First of all, I did not read the synopsis so I had no idea it was in the POV of a man, and secondly, I was expecting it to be engrossed in a whole lot of paranormal and focused entirely on that. Only it didn't, among the mystery surrounding the main character's past, is a blossoming romance that I enjoyed reading from start to finish.

Aside from how interesting a story it was, the book was well-written. Descriptions had me seeing what the characters were seeing and doing. Salem, Mass is an invigorating place full of history, and I liked how the author managed to capture that haunting vibe very well. It wasn't that fast-paced, I really took my time consuming the pages, but it was worth it because I felt like I got to know Cooper Shaw. I liked his voice and how witty and humorous he was, amid his past troubles. His emotions were relatable as well,  being that he had no clue whatsoever about his mother's life and the secrets she kept from him, which ended up making his wanting to find out what really happened the majority of the story. In regards to the real culprit behind the crime that separated him from his mother, I had my suspicion from start, but I had no idea the character's actions went to that extreme. I liked the ghostly way in which she came to an end too. Thank you for that, J.R, because I simply could not stand her.

As for other characters, I liked Finnley and what she represented in the story. She was a fiery breath of fresh air for Coop and really got him to open up. I liked the intensity between the two and how their romance was slow-building. That little trick she pulled in the end was so smart. She had him running back to her. Loved it.

There's not much else I can say about Cursed be the Wicked without giving anything away, except for that it was a very enthralling story that had me earnestly reading to find out the truth. While I would've loved for it to have been more paranormal than it offered, the great writing, unraveling the truth, and the romance aspect made up for that. I highly recommend this book if you're looking for adult mystery, romance, and a little spookiness to dabble in.


I’m a writer of stories and lover of life. 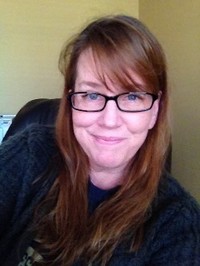 I grew up in Maryland with four siblings, three parents and an endless number of cousins within the vicinity. Today I live in Florida with my two girls and a husband that shares my same sense of humor and basic take on life as we know it.


Life is too short to put dreams on the back burner.


I’ve always loved writing, and always enjoy a good mystery, so in 2012, I wrote Cursed be the Wicked, a character driven, paranormal mystery romance that was picked up by Soul Mate Publishing and released in March of 2014. Since publishing Cursed, I’ve also written a couple of short stories and am currently working on a romantic comedy that I hope to get out to the public soon. peace, love, write.

Posted by Shane @ItchingforBooks at 6:45 AM