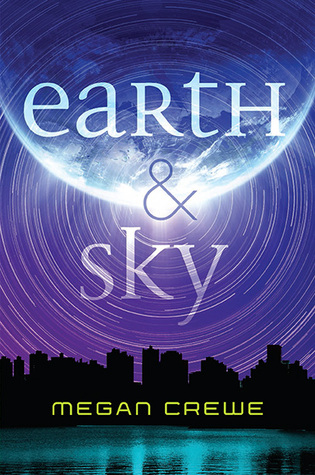 Seventeen-year-old Skylar has been haunted for as long as she can remember by fleeting yet powerful sensations that something is horribly wrong. But despite the panic attacks tormenting her, nothing ever happens, and Sky’s beginning to think she’s crazy.

Then she meets a mysterious, otherworldly boy named Win and discovers the shocking truth her premonitions have tapped into: our world no longer belongs to us.

For thousands of years, Earth has been at the mercy of alien scientists who care nothing for its inhabitants and are using us as the unwitting subjects of their time-manipulating experiments.

Win belongs to a rebel faction seeking to put a stop to it, and he needs Skylar’s help--but with each shift in the past, the very fabric of reality is unraveling, and soon there may be no Earth left to save.

I haven't read many books about aliens so this one really struck me while I was browsing Goodreads for feature releases. I like the concept of alien scientists and it seems like there's some time traveling in the midst as well. Either way, I'm looking forward to reading this one and I hope it doesn't disappoint.

What are you waiting for?
Posted by Shane @ItchingforBooks at 5:52 AM