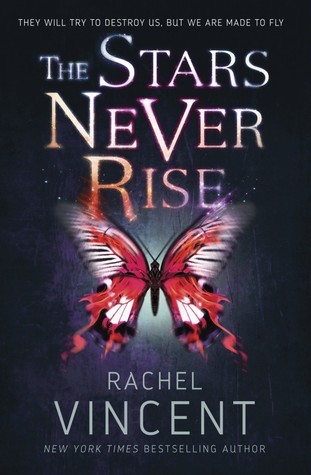 Synopsis via Goodreads:
Sixteen-year-old Nina Kane should be worrying about her immortal soul, but she's too busy trying to actually survive. Her town's population has been decimated by soul-consuming demons, and souls are in short supply. Watching over her younger sister, Mellie, and scraping together food and money are all that matters. The two of them are a family. They gave up on their deadbeat mom a long time ago.

When Nina discovers that Mellie is keeping a secret that threatens their very existence, she'll do anything to protect her. Because in New Temperance, sins are prosecuted as crimes by the brutal Church and its army of black-robed exorcists. And Mellie's sin has put her in serious trouble.

To keep them both alive, Nina will need to trust Finn, a fugitive with deep green eyes who has already saved her life once and who might just be an exorcist. But what kind of exorcist wears a hoodie?

Wanted by the Church and hunted by dark forces, Nina knows she can't survive on her own. She needs Finn and his group of rogue friends just as much as they need her.

If you could read my mind, you wouldn’t be smiling.

Samantha McCallister looks just like the rest of the popular girls in her junior class. But hidden beneath the straightened hair and expertly applied makeup is a secret that her friends would never understand: Sam has Purely-Obsessional OCD and is consumed by a stream of dark thoughts and worries that she can’t turn off.

Second-guessing every move, thought, and word makes daily life a struggle, and it doesn’t help that her lifelong friends will turn toxic at the first sign of a wrong outfit, wrong lunch, or wrong crush. Yet Sam knows she’d be truly crazy to leave the protection of the most popular girls in school. So when Sam meets Caroline, she has to keep her new friend with a refreshing sense of humor and no style a secret, right up there with Sam’s weekly visits to her psychiatrist.

Caroline introduces Sam to Poet’s Corner, a hidden room and a tight-knit group of misfits who have been ignored by the school at large. Sam is drawn to them immediately, especially a guitar-playing guy with a talent for verse, and starts to discover a whole new side of herself. Slowly, she begins to feel more “normal” than she ever has as part of the popular crowd . . . until she finds a new reason to question her sanity and all she holds dear.

I feel like I've mentioned The Stars Never Rise before but no matter, that's how much I'm anticipating that book. It will be my first experience in the world of Rachel Hawkins. As for Every Last Word, that blurb has me sold. It seems like an intense story and I can't wait to see what this story has in store for me.

What are you waiting for?
Posted by Shane @ItchingforBooks at 6:51 AM