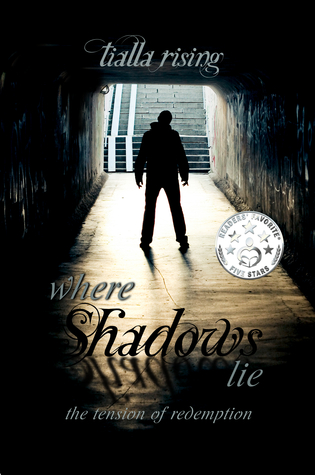 His dark past haunts him. His new life taunts him.

After twenty years in the gangs and a hefty prison sentence, an early release gives Shawn the opportunity to turn his life around.

But that isn’t so easy when gangs are involved.

Only a year into his fresh start, the gang catches on and makes Shawn’s life miserable. After all, once a gang member, always a gang member. His very blood belongs to them.

Threats become promises. Whispers become actions. Words become bullets. He must fight – not only for his life, but to save his honor, prove his integrity, and protect the woman he loves.

An ember of hope glows in the darkness, strengthening his resolve. Will her support and his determination be enough to dispel the shadows of his past?

A story of discovery and faith, love and perseverance.

Tialla Rising is a Christian young woman living with her family in the mountains of Arizona. She loves to write and will work long into the night developing her stories. Like most writers, Tialla spends her spare time reading. A good book, a stormy day, and an iced coffee comprise her favorite moments.

Posted by Shane @ItchingforBooks at 2:27 PM