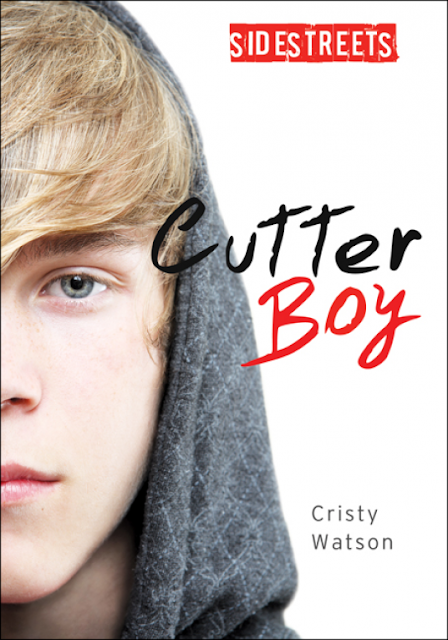 Bullied at school and ignored at home, Travis has a secret: cutting himself with a razor blade is the only thing that lets him control the pain in his life and find some peace. When he becomes friends with Chyvonne, a new girl at school, he doesn't know how to get close to her without revealing his secret and making himself even more vulnerable. Spending time with Chyvonne spurs Travis to try to discover why his mother can't seem to face his very existence. It's only when he learns about the art form of paper cutting that he realizes there might be other ways to make himself feel adrenalin-fueled and in control.

Although self-harm through cutting is a problem usually associated with teenage girls, many young men are involved in different sorts of self-injury. This story explores a teenager's motivations for cutting and the options for overcoming the need to self-injure.

This was a chilling story for me. While I'm well aware that girls aren't the only ones that self-harm, I've never read a book where it was the boy doing it, much less have ever seen a movie that focused on the guy self-mutilating. Speaking of movies, this story reminded me a lot of one that I saw on Lifetime a while back. Same topic, but opposite sex. And the girl had family issues as well, especially with the mom. I tried to figure out from the beginning why Travis' mom was like that with him, thinking that perhaps he wasn't her biological son or that she had cheated on her husband and his father wasn't his real father. In the end, it was a lot more complicated and sad, but it also didn't take long for me to pick up on the truth. Her erratic behavior solved that mystery for me.

As for Travis, he had a lot that he was dealing with and it all piled up on the inside, so much so that cutting was an emotional escape. I don't understand a lot about this topic, but from reading this story I got the sense that self-harm was the character's way of dealing. It just made me cringe every time a scene popped up where he was doing it because the description was good and it gave me a vivid picture. And while I loved that he found another way to release his bottled up pain through art, I still wish that he'd get the help he needed, as well as his parents. The whole family needed therapy.

Overall, good story with a frightening topic that needs to be addressed more frequently and deserves a lot of awareness. Thanks to the author for taking it on in such a way that it left quite an emotional impact on me. 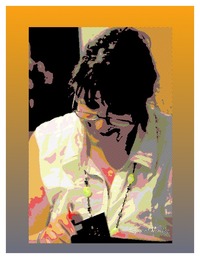 Cristy Watson is a teacher and writer living in Surrey, British Columbia. Cristy host's open mic at her local coffee shop and enjoys entering poetry contests. She has worked with a Young Adult population for most of her career and wanted to help readers find books to enjoy that were both at a level they could manage and that shared interesting and pertinent themes.