Review: Stand Up and Sing! Pete Seeger, Folk Music, and the Path to Justice by Susanna Reich 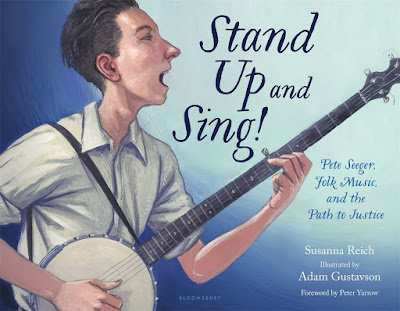 Inspired by the rhythms of American folk music, this moving account of Pete Seeger's life celebrates his legacy, showing kids of every generation that no cause is too small and no obstacle too large if, together, you stand up and sing!

Pete Seeger was born with music in his bones. Coming of age during the Great Depression, Pete saw poverty and adversity that would forever shape his worldview, but it wasn't until he received his first banjo that he found his way to change the world. It was plucking banjo strings and singing folk songs that showed Pete how music had the incredible power to bring people together.

Using this gift throughout his life, Pete encouraged others to rally behind causes that mattered--fighting for Civil Rights, ending the Vietnam War, or cleaning up the Hudson River. For Pete, no challenge was too great, and what started out as a love for music turned into a lifetime of activism and change. His greatest talent--and greatest passion--would become an unforgettable part of American history.

This was such a great story. I actually had no idea who Pete Seeger was until I read this book. Folk isn't a genre of music I actively seek out, but if someone's performing it somewhere or I happen to stumble upon a video I'll listen if it grabs my attention enough. And it was nice to experience Pete Seeger's journey in music and how he was able to touch hearts and inspire. 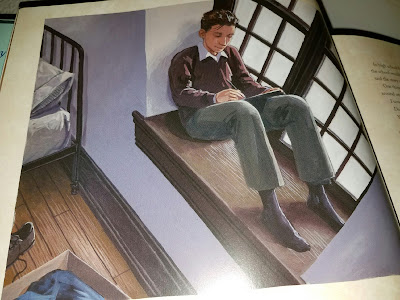 Pete was an admirable man; the kind of person that stuck to his beliefs; always tried to do the right thing and stood up for those who couldn't. Sadly, he had experienced a lot of tough times, which often lasted a while and mainly was from what was going on in America in that period. But I loved how he appreciated the little things and remained humble no matter what. He always sought out ways to uplift and improve the situation, never fearing the consequences, and I think many could learn from him and implement that in their own lives. 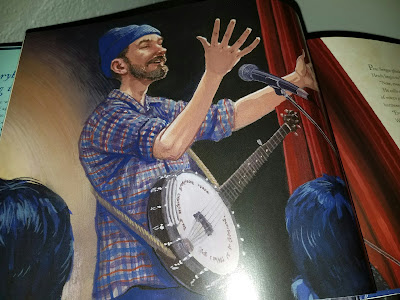 I have to mention the illustrations. Adam Gustavson did a superb job, depicting each significant moment so wonderfully. I think seeing the pictures gave more life to the book and evoked my emotions. They truly moved my heart. 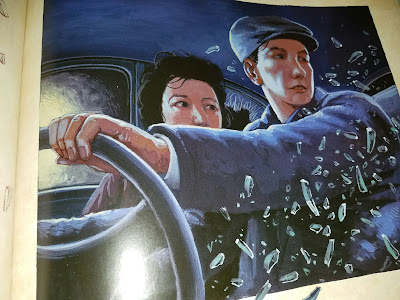 This short yet insightful book has motivated me to research about Pete Seeger's life, his music, and the many ways he helped to encourage change. And I hope that young readers, the intended target, will feel the same after picking this up. 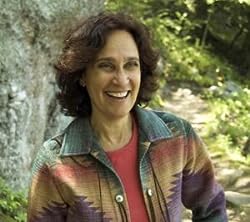 Susanna Reich is the award-winning author of both fiction and nonfiction books that have received many starred reviews and honors, such as Four Fab Friends: The Boys Who Became the Beatles and Minette's Feast:The Delicious Story of Julia Child and Her Cat. She lives in Ossining, NY, with her husband, children's book author, Gary Golio.
www.susannareich.com

Adam Gustavson is the illustrator of over twenty books for children, including the Sydney Taylor Honor winner, The Yankee at the Seder; Rock 'n' Roll Highway, a Bank Street Best Book of the Year and a CBC Children's Choices Award winner; and Amelia Bloomer Award winner, Rough, Tough Charley. Adam holds an MFA from the School of Visual Arts and teaches at the University of the Arts in Philadelphia. He lives in New Jersey with his wife and children.
www.adamgustavson.com

Posted by Shane @ItchingforBooks at 1:41 AM