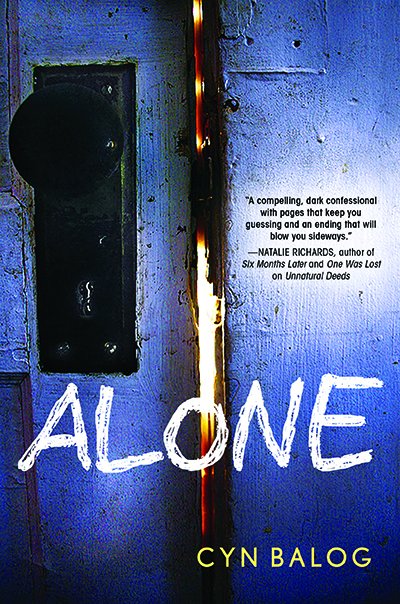 You’re never really alone in this new suspenseful novel from the author of Unnatural Deeds, which Kirkus praised as “a PG-13 version of Gone Girl.”

When her mom inherits an old, crumbling mansion, Seda’s almost excited to spend the summer there. The grounds are beautiful and it’s fun to explore the sprawling house with its creepy rooms and secret passages. Except now her mom wants to renovate, rather than sell the estate—which means they're not going back to the city…or Seda's friends and school.

As the days grow shorter, Seda is filled with dread. They’re about to be cut off from the outside world, and she’s not sure she can handle the solitude or the darkness it brings out in her.

Then a group of teens get stranded near the mansion during a blizzard. Seda has no choice but to offer them shelter, even though she knows danger lurks in the dilapidated mansion—and in herself. And as the snow continues to fall, what Seda fears most is about to become her reality…

I had no idea I would end up liking this story and all its craziness as much as I did, with how slow the first few chapters were and me not really being pulled in by the main character. But once things started to pick up and the situation went awry, I became well-investigated and needed to know if my suspicions were accurate, especially about Seda. I knew she wasn't all the way there, but I did not see her remarks toward the end coming.

Before I get into why this dark and twisted story ended up entertaining me, I have to address the fact that there were just too many siblings. I mean, I like kids but for a book of this nature, it was way too many for me. I couldn't keep up with who was who and by the time the mystery was underway, I'd forgotten all about them. As for the mother, she needed to have some senses knocked into her. She was just not realistic and wasn't as concerned about her children's best interest as she ought to be. Children shouldn't be uprooted and brought to a place like that, I don't even care if she would eventually sell the place. I just strongly feel that she should never have done such a thing. And I also can't believe she didn't figure out the severity of Seda's mental state. That very reason shows how detached she was.

Anyway, back to the overall plot. I had suspected the group of teens from the moment Seda spotted them before the blizzard, and when they just happened to get stranded nearby it became even more clear to me something was up. But I had no idea the mother was going to bring up doing such a game in celebration of her teen daughter's birthday, and when scary things started happening I began second-guessing myself. Was it all real? Or were they all messing with Seda? I had to wait until the very end. And boy was that an ending, especially when the truth was revealed and that book cover made sense at last. I honestly had no idea it would play out like that and I love how the story ended with me having questions. One thing, in particular, I'm curious to know is what will happen once the mother knows?

Overall, great writing and interesting concept. Although it started out slow, I was still intrigued by the story for the most part and it held my attention in the sense that I wanted to figure things out and understand Seda's character better. I recommend reading this if you're looking for a spooky psychological thriller with a twisted ending. 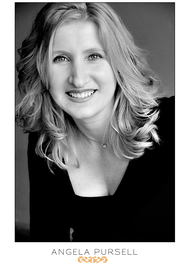 Cyn Balog is a normal, everyday Jersey Girl who always believed magical things can happen to us when we least expect them. She is author of young adult paranormal novels FAIRY TALE (2009), SLEEPLESS(2010), STARSTRUCK (2011), TOUCHED (2012), and her most recent release: DEAD RIVER (2013). She lives outside Allentown, Pennsylvania with her husband and daughters.


She also writes under the pen name Nichola Reilly. Nichola Reilly is Cyn Balog's post-apocalyptic fantasy-writing alter-ego. The first book in her series, DROWNED, will be releasing from Harlequin TEEN sometime in 2014, followed by a sequel, BURIED, in 2015.