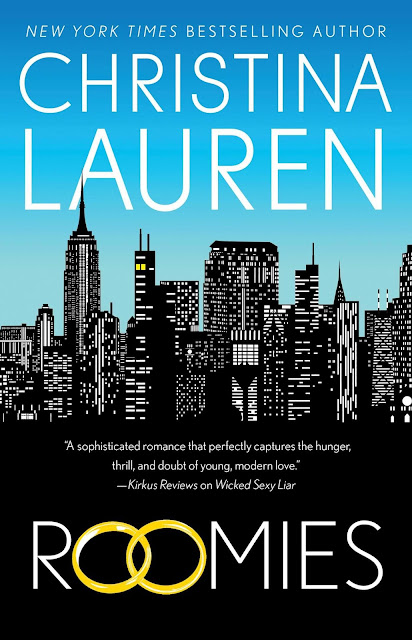 From subway to Broadway to happily ever after. Modern love in all its thrill, hilarity, and uncertainty has never been so compulsively readable as in New York Times and #1 international bestselling author Christina Lauren’s (Beautiful Bastard, Dating You / Hating You) new romance.

Marriages of convenience are so…inconvenient.

Rescued by Calvin McLoughlin from a would-be subway attacker, Holland Bakker pays the brilliant musician back by pulling some of her errand-girl strings and getting him an audition with a bigtime musical director. When the tryout goes better than even Holland could have imagined, Calvin is set for a great entry into Broadway—until he admits his student visa has expired and he’s in the country illegally.

Holland impulsively offers to wed the Irishman to keep him in New York, her growing infatuation a secret only to him. As their relationship evolves from awkward roommates to besotted lovers, Calvin becomes the darling of Broadway. In the middle of the theatrics and the acting-not-acting, what will it take for Holland and Calvin to realize that they both stopped pretending a long time ago?

I really liked this story. It was funny and cute in some areas and kind of real and sad in other aspects. I've never been into Broadway musicals, but I do love music and I find that including it and the arts in books make it more interesting for me.

Holland is a girl I could relate to. For the most part, she just couldn't seem to figure out what she really wants and didn't have the confidence to express herself clearly. Her character is very genuine though, and truly cares about her uncles and doing what she can to support them the way they have supported her, which is why I can understand her decision to marry Calvin to help their Broadway project.

Calvin, I honestly took a while to warm up to him, much less trust him, because he never seems to be all the way honest with Holland. And even though she wasn't totally truthful with him either, I feel like his reactions to certain things that happened throughout the story were unjustified and unfair. However, I do like how their feelings blossomed the more they spent time together, and I thought that Calvin's heart was in fact in the right place at the end of the day.

The immigration subject of the story was very real and a route that many people take to seek a better life in the country, or to stay with someone they deeply loved. Regardless, I like that the author wrote around this topic and delivered it in such a realistic and humorous way. This is my first time reading anything by Christina Lauren and I must admit I feel like I've been missing out. The writing was quick and fluid, and there's never a dull moment. Really nice story and I do recommend!

Christina Lauren is the combined pen name of long-time writing partners/besties/soulmates/brain-twins Christina Hobbs and Lauren Billings. The coauthor duo writes both Young Adult and Adult Fiction, and together has produced fourteen New York Times bestselling novels. Their books have been translated into 31+ languages. (Some of these books have kissing. Some of these books have A LOT of kissing.)

Posted by Shane @ItchingforBooks at 3:35 PM