Review: Americanized: Rebel Without a Green Card by Sara Saedi 
Synopsis via Goodreads:
The hilarious, poignant, and true story of one teens's experience growing up in America as an undocumented immigrant from the Middle East, perfect for fans of Mindy Kaling and Lena Dunham's books.

At thirteen, bright-eyed, straight-A student Sara Saedi uncovered a terrible family secret: she was breaking the law simply by living in the United States. Only two years old when her parents fled Iran, she didn't learn of her undocumented status until her older sister wanted to apply for an after-school job, but couldn't because she didn't have a Social Security number.

Fear of deportation kept Sara up at night, but it didn't keep her from being a teenager. She desperately wanted a green card, along with clear skin, her own car, and a boyfriend.
Americanized follows Sara's progress toward getting her green card, but that's only a portion of her experiences as an Iranian-"American" teenager. From discovering that her parents secretly divorced to facilitate her mother's green card application to learning how to tame her unibrow, Sara pivots gracefully from the terrifying prospect that she might be kicked out of the country at any time to the almost-as-terrifying possibility that she might be the only one of her friends without a date to the prom. This moving, often hilarious story is for anyone who has ever shared either fear.

I usually stay clear of memoirs because they usually don't hold my attention, but I'm so happy I took a chance with Saedi's story. It turned out to be quite an eye-opening experience that I could relate to on various levels, even though we're both from different countries.

This book is perfect for readers who are looking to better understand the life of immigrants and the immigration process and to also see things from the perspective of someone from the Middle East, Iran to be exact. It's definitely a sad time in this country where hate seems to continue to grow daily, and Sara describes how she and her family are affected, how different things were for them before 9/11, and how it is now.

Sara delved deeply, sharing about her "Americanized" ways growing up in the country, significant moments that shaped her character, crushes, friendships, loss, body issues, and all the things she and her family went through to sort out their immigration status. And let me tell you, it was a long and difficult journey plagued with disappointments and short-lived hope. If you think being an immigrant is easy it is absolutely not. I loved that Sara made it clear from start to finish, especially since a lot of people think immigrants are here to live freely, don't pay tax, and take every job. Welp, that mindset will change once you read Saedi's story.

Overall, I thoroughly enjoyed this memoir. I liked how Sara included humor to sort of balance the seriousness, and her definitions of terms, remarks and also names used in Iran were quite informative. Just a really great read. I highly recommend. 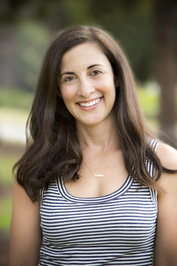 About the Author
Sara Saedi was born in Tehran, Iran smack-dab in the middle of a war and an Islamic Revolution. She entered the world to the sounds of bombs exploding near the hospital and though her memory of the day is a bit fuzzy, the life and death stakes surrounding her birth prepared Sara for the writing life. (Obviously.) Once a creative executive for ABC Daytime, Sara now writes novels for teens and TV for everyone. Credits include the ABC Daytime web series What If…(she won an Emmy), the FOX sitcom The Goodwin Games, and most importantly, discovering that Scott Foley is even hotter in person.

These days, Sara writes for the CW’s iZombie and is excited about the release of her debut novel, Never Ever. She lives in Los Angeles with her husband and her pug, Mabel, who pretty much outshines everyone.