Spotlight~Only Want You by Shane Morgan 😊😊 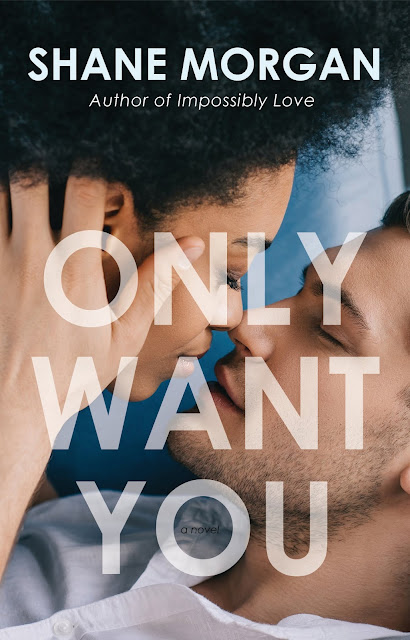 Has a great life.

Loving (nosy) family.
Supportive best friends.
The problem? Her love life is going nowhere. After a few failed relationships, laughable blind dates, and online dating fiascos, Evelyn is about ready to give up on love and commit entirely to her career.
Things change when she meets James.

James Westbrook.
Thirty-two.
Wants to be taken seriously as an architect.
But a scam involving a former friend has rocked his reputation, both professionally and personally. Plus, he’s avoided commitment after a broken engagement two years ago.
When the opportunity to work again finally comes around, James feels grateful. He puts an end to occasional hookups and focuses on rebuilding his career.
He never anticipated meeting Evelyn.

These two were on the verge of saying ‘screw it’ to love. But with so much spark between them, fate becomes harder to fight the more time they spend together at work.

Will James and Evelyn give this office romance a chance or will fear destroy their possible happiness together? 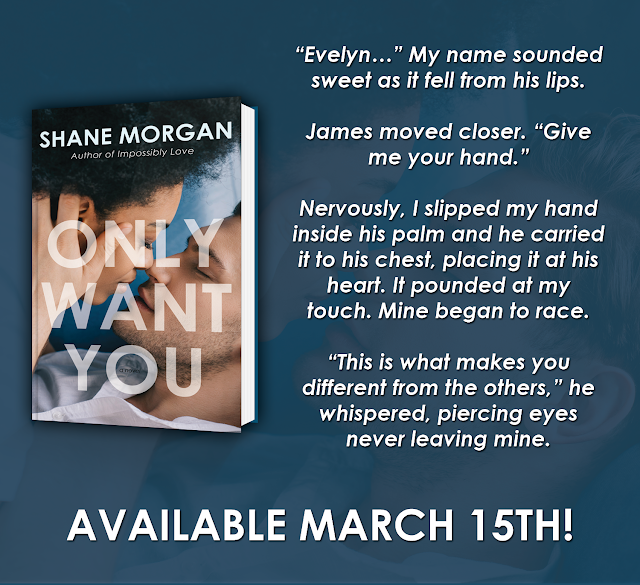 About the Author
Shane Morgan is the author of several novels, including Unresisting, Impossibly Love, Finding Julian, and The Right Song. She lives in Rhode Island with her husband. Aside from writing, Shane enjoys listening to music, watching movies, and traveling.


Evelyn finished her wine and set the empty glass next to her laptop. “Thanks for inviting me over. Surprisingly, I feel more relaxed here than I do at the office.”
Then stay.
“Glad you’re comfortable.”
Our eyes remained linked for a while, until I lowered mine to her full lips, swallowing hard as the memory of kissing them rushed me.
I blinked the vision away, wanting to respect Evelyn’s wishes and her job.
“More wine?” I offered, standing.
She shuddered a tad and looked at her empty glass. “No, um, I should get going.”
“Oh. All right.”
Please stay.
Evelyn closed her laptop, packing it away into her bag. I brought the empty glasses into the kitchen.
She stood as I walked back to the desk. “Thank you for dinner and for a different space to work.”
“You’re welcome.”
I could see apprehension within her fluttering eyes. She was more nervous than ever.
Evelyn gnawed at her bottom lip as her eyes slowly glanced over me. Then she squeezed them shut as if fighting back her emotions. I was tempted to step closer.
It’s okay. You don’t have to fight.
“I should go,” she said again, opening her eyes.
Please don’t leave, my mind shouted.
“Okay,” I said instead and walked her to the door.
She lifted her hand to open it, hesitated, but then opened it at last.
What was going on inside that head of hers?
Was she as conflicted as I was?
“See you tomorrow,” she said softly, barely meeting my gaze before she stepped out of my apartment.
“See you.”
Evelyn shut the door behind her.
A sigh of regret gushed from my lips. Seconds later, I turned to go shower, but urgent knocking made me halt in my steps. I spun around and quickly opened the door.
My brows shot up. “Evelyn?”