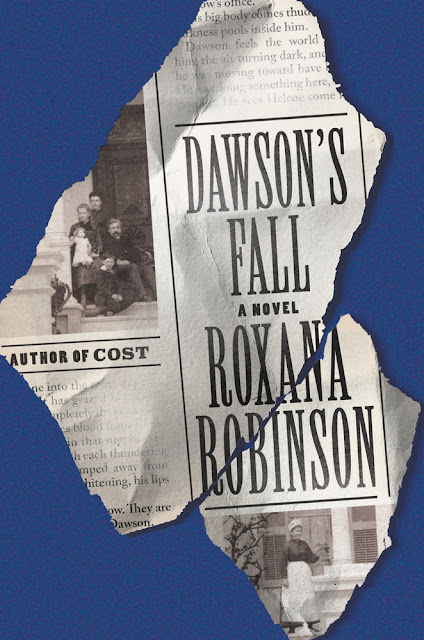 
A continuing investigation of the moral consequences of our country.

The great-great-great niece of Harriet Beecher Stowe, Robinson has spoken out on public issues: the environment, the rights of authors (as the President of the Authors Guild, from 2014–2017), and on war, pacifism and violence. With this book she continues to explore a central American question: the importance of ethical principles.

In this provocative and moving novel, we see America at its most fragile, fraught, and malleable. Set in 1889, in Charleston, South Carolina, Robinson’s tale weaves her family’s journal entries and letters with a novelist’s narrative grace, and spans the life of her tragic hero, Frank Dawson, as he attempts to navigate the country’s new political, social, and moral landscape.

Dawson, a man of fierce opinions, came to this country as a young Englishman to fight for the Confederacy in a war he understood as a conflict over states’ rights. He later became the editor of the Charleston News and Courier, forging a platform of influence in the editorial column and emerging as a voice of the New South. With his wife and two children, he tried to lead a life that adhered to his principles: non-violence, equal rights, and the rule of law. But he couldn’t control the political currents among his community. After two decades of wrestling with questions of equality, justice, and civil rights, his newspaper began to lose readership, and he was plagued by financial worries. Nor could Dawson control the personal currents among the community, or a threatening neighbor who embroiled his family in a dangerous contretemps. In the end, Dawson―who stood for his country in many ways―was felled by the violence he so vehemently opposed. 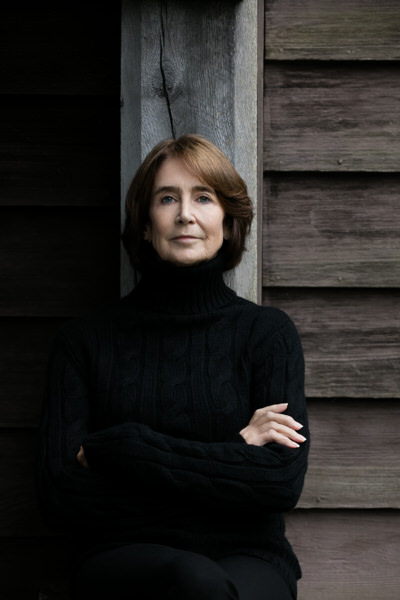 About the Author
Roxana Robinson is the author of ten books: six novels, three story collections, and the biography of Georgia O'Keeffe. Four of these were New York Times Notable Books.

Robinson was born in Kentucky, but grew up in Bucks County, Pennsylvania. She attended Bennington College and graduated from the University of Michigan. She worked in the art world, specializing in the field of American painting, before she began writing full-time. Her most recent novel, Sparta, won the James Webb Award for Distinguished Fiction from the USMC Heritage Foundation and was short-listed for the Dublin Impac Award. Her previous novel, Cost, was named one of the five best novels of the year by the Washington Post, and received the Fiction Award from the Maine Publishers and Writers Association. Her work has appeared in The Atlantic, The New Yorker, Harper's, Tin House, Best American Short Stories, and elsewhere. She was twice a finalist for the NBCC Balakian Award for Criticism and has received fellowships from the National Endowment for the Arts and the Guggenheim Foundation. She teaches at Hunter College, is a former member of the board of PEN, and was the President of the Authors Guild from 2014-2017.

“Acclaimed writer Roxana Robinson delves into her own family history as she sets her sights on the Civil War at its very heart, South Carolina, with spectacular results. Like Charles Frazier’s Cold Mountain, her own Dawson’s Fall will be a revelation to many readers in its profound and nuanced depiction of Southerners’ widely varied feelings about the Civil War and its aftermath. The past springs brilliantly to life in this tragic and compelling story, as accurate and fully realized a depiction of daily life and the extraordinary events of this time as has ever been written.”
—Lee Smith, author of Dimestore: A Writer’s Life

“Dawson’s Fall is a riveting historical account of one man’s struggle against a wave of violence and injustice during Reconstruction. The research that Roxana Robinson has done to deliver this story is nothing short of masterful and revisiting this terrifying and ugly chapter in the history of the South could not be more timely. Robinson's complex characters, her knowledge and loyalty to truth, and her rich depiction of time and place preserve not only her family story but that of American society and all that threatens humanity.”
—Jill McCorkle, author of Life After Life

“Roxana Robinson tells the moving story of her great grand-parents, who lived in Charleston after the Civil War, her great-grandfather an Englishman and editor of the city paper. She draws on letters, journals and newspaper articles about them and adds her own novelistic grace to make them come to life. With a fine eye for detail, she describes the horrors of the post-war period of racism and violence they could not escape.”
—Frances FitzGerald, author of The Evangelicals

“In Dawson’s Fall, acclaimed author Roxana Robinson has turned her own family history into a propulsive novel. She unspools the story of Frank Dawson, a Confederate veteran struggling to redefine the South, an Englishman in a land thick with suspicion of outsiders. With complicated characters and a rich sense of time and place, this is an immersive tale about the meaning of America.”
—T. J. Stiles, author of Custer’s Trials: A Life on the Frontier of a New America

A Letter to Readers from Roxana Robinson

But about ten years ago I started thinking about another branch of my family. On my father’s side, my great-grandparents, Frank and Sarah Dawson, were southern. Frank was an Englishman who fought for the Confederacy; Sarah was from Louisiana. After the War, they both lived in Charleston, South Carolina, where Frank helped found the News and Courier.

Despite his support for the Confederacy, Dawson differed from his brothers-in-arms in some fundamental respects: he believed in the rule of the law, he opposed violence and he often supported the rights of black freedmen.

I became curious about Dawson, who seemed to embody such opposing ideals—how could you support the Confederacy and oppose violence? As to slavery, England had banned it thirty years earlier.

Because Dawson and his wife were both prolific writers, and because the newspaper was such a rich resource, I came to learn about the place and time—Charleston during Redemption, the bloody period that followed Reconstruction. I learned that the post-War South was seething with resentment and rage. I saw that Frank Dawson, who refused to carry a gun, published report after report of shocking acts of brutality and murder, and I began to understand the way violence had become a part of the culture of the slave-owning South. I began to understand the depth and complexity of Southern resistance to the treaty at Appomattox. I also came to understand what it had been like for my southern family to suffer through a land war, which none of my northern family have ever endured.

Writing a novel means entering into the lives of your characters. My characters, as it happened, were my ancestors, and the period in which they lived was a crucial one in our history.