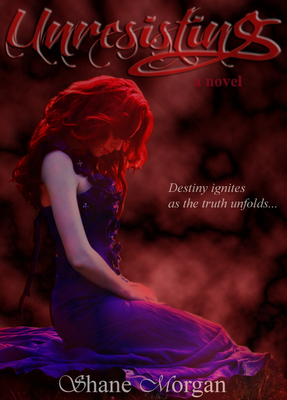 Hey ya'll!
So, since writing as always been a hobby of mine I've decided to go ahead and start sharing my stories with others. I'm not exactly turning into an author, just wanted to get it out of my system because I don't want to just write and store away. With that said, I've put together a review tour schedule for Unresisting.


Seventeen year old Natasha Johnson is having a rough year. Her twin brother, Sean, died last summer after a car crash, and her parents decided to pack up and leave the only home she’d known all her life. It's a lot to take in, and Nat has decidedly given up on the world, until moving to Stetson Valley and meeting high school ‘outcast’, Chace Owens.


Chace's dark and mysterious aura is not exactly seen as 'normal', but Nat already knows that not a lot of things are of the norm when it comes to her life. She soon finds herself unable to resist Chace's strange pull on her heart, unleashing a sudden attraction to the unnatural forces that have always been burning within her. But with uncovering her true self brings forth great danger, as Nat learns that her brother's death had a lot more to do with the side she's unable to resist.

Can Natasha calm the blazing flames and withstand the threat of danger, or will this new found power destroy her?

Before getting into tour details I'd like to thank everyone who participated in the cover reveal. You're all such awesome peeps :)

Please visit the Unresisting site for details on the review tour. Thank you!
theunresistingseries.blogspot.com
Posted by Shane @ItchingforBooks at 12:03 AM