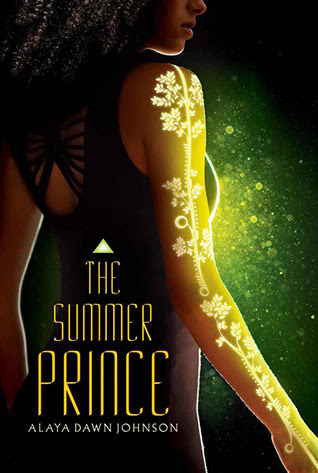 Scholastic is contributing two copies of Alaya Dawn Johnson's The Summer Prince just for you. Unfortunately, this contest is only for U.S readers (internationals, your time is coming soon). So, what are you waiting for? Fill out the rafflecopter form below:
a Rafflecopter giveaway

Synopsis via Goodreads
A heart-stopping story of love, death, technology, and art set amid the tropics of a futuristic Brazil.


The lush city of Palmares Tres shimmers with tech and tradition, with screaming gossip casters and practiced politicians. In the midst of this vibrant metropolis, June Costa creates art that’s sure to make her legendary. But her dreams of fame become something more when she meets Enki, the bold new Summer King. The whole city falls in love with him (including June’s best friend, Gil). But June sees more to Enki than amber eyes and a lethal samba. She sees a fellow artist.
Together, June and Enki will stage explosive, dramatic projects that Palmares Tres will never forget. They will add fuel to a growing rebellion against the government’s strict limits on new tech. And June will fall deeply, unfortunately in love with Enki. Because like all Summer Kings before him, Enki is destined to die.
Pulsing with the beat of futuristic Brazil, burning with the passions of its characters, and overflowing with ideas, this fiery novel will leave you eager for more from Alaya Dawn Johnson.
Released: March 1st 2013
Purchase: Amazon 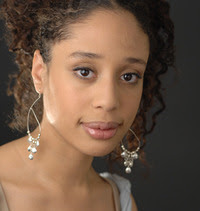 Alaya (rhymes with “papaya”) lives, writes, cooks and (perhaps most importantly) eats in New York City. Her literary loves are all forms of speculative fiction, historical fiction, and the occasional highbrow novel. Her culinary loves are all kinds of ethnic food, particularly South Indian, which she feels must be close to ambrosia. She graduated from Columbia University in 2004 with a BA in East Asian Languages and Cultures, and has lived and traveled extensively in Japan.


Posted by Shane @ItchingforBooks at 9:56 AM