Review: My Life in Black & White by Natasha Friend 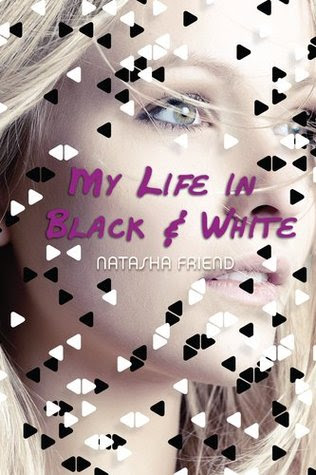 My Life in Black & White

by Natasha Friend
Released: June 28th 2012
Publisher: Viking Juvenile
*Purchased paperback copy using my Amazon gift card, courtesy of the awesome Henrietta @LeisureReads.
Synopsis via Goodreads
What if you lost the thing that made you who you are?


Lexi has always been stunning. Her butter-colored hair and perfect features have helped her attract friends, a boyfriend, and the attention of a modeling scout. But everything changes the night Lexi's face goes through a windshield. Now she's not sure what's worse: the scars she'll have to live with forever, or what she saw going on between her best friend and her boyfriend right before the accident. With the help of her trombone-playing, defiantly uncool older sister and a guy at school recovering from his own recent trauma, Lexi learns she's much more than just a pretty face.

I loved it. I loved it. I LOVE it. Beauty is indeed in the eye of the beholder. And My Life in Black & White gives a clear picture on a lesson that isn't stressed on enough in society, that appearance isn't everything. This is a fact that the female protagonist had to discover for herself in a very painful way. The aftermath was indeed a challenge, but her path to self-discovery was quite interesting.

Trust me when I say I'm shaking my head in this very moment, trying to come up with the best words to describe my feelings about Natasha Friend's thought-provoking novel. And the only sentences popping up more than ever are: "I enjoyed it!" "Oh, wow!" and "Finally! I see fireworks!" Why? you might ask. Well, I read this in two sittings (I really really had to tear myself away and prioritize, no matter how addicting the story was), and I never once felt bored. After the terrible accident (and might I add the details were very graphic) I just had to find out what happens next and how Lex would turn out by the end. It's the sort of book that excites you and pulls you in with the turn of every page.

Characters! I liked every single one of them (yes, even the meanies). None were pointless and had me questioning their presence in the story. Aside from the main ones, the minors (who didn't seem so minor) were significant and affected Lex in one way or another. My ultimate favorite character that played a really really good part was Ruthie. Who would've thought that the sister everyone treated like a ghost would have such an impact on the sister everyone held on a pedestal.But once everything that placed Lex up so high came crumbling down it gave her a better view of the real and the fake.

Following the betrayal she witnessed and of course the horrific accident, Lexie's reaction was understandable, justifiable, and most of all believable. As bad as it was, both events changed her a lot (for the better). It slowed her down and made her think more about who she was as a person and how she truly wanted others to view her. The one thing I admired most was that she became more aware. Overtime, she considered her every word and actions; especially with a friend she passed over casually before, and definitely with her sister and parents. I felt like I was going through the days with her, experiencing the hurt, rebuilding friendships, and even finding love again. Its just terrific writing and I admire this author for such a lively book.

My Life in Black & White is an eye-opener; a story that's painful and intriguing, yet thrilling and informative. This was my very first taste of Natasha Friend's writing but I'm without a doubt going to devour her other works now. For sure, this one is at the top of my "highly recommend" list.

Posted by Shane @ItchingforBooks at 3:50 PM