Review: All In by Marta Brown 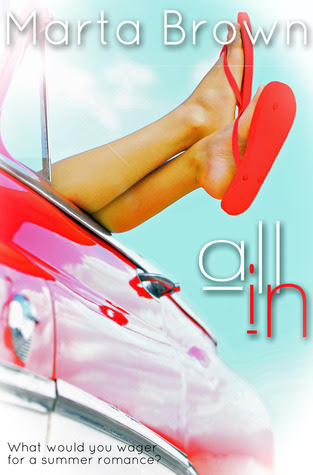 
On the picturesque island of Martha's Vineyard, there are two kinds of residents. Locals and Stays.


Local boy, Lane McCarthy, plans on spending his summer working at the country club to save money for college in the fall, while summer stay, Ashley Whitmore, and her elite group of friends are only there to play.


As the summer heat goes up on the island, so does the ante, when both Lane and Ashley must decide what they’re willing to wager in order to follow their dreams… and their hearts.


*Received ebook from author in exchange of a honest review.

All In was a light and cute summer read. Actually, the first I've read all summer with a beachy setting. The story was nicely written and had its strong points, but throughout there were times I felt it a bit too mellow or it started to weaken somewhat. Nevertheless, I was interested enough to continue reading.

The story's written from the point of view of both a male and female protagonist, opening up with Lane. At first, I wasn't sure about his narration-the voice came out to me as that of a girl-but I started to feel his masculinity as the pages went by. Ashley, on the other hand, didn't really pull me in. Not that her character wasn't great, just that Lane stood out stronger to me. Both characters hailed from two completely different backgrounds that had me thinking star-crossed lovers. But what I liked about their relationship is how much Lane got Ashley thinking more for herself and stopped being so afraid of living her life and standing up for what she believed in. The overall concept of their situation was far from new, but it's always nice to read about relationships getting challenged by outside issues, not necessarily by a love triangle, but others who refuse to see the two together. The biggest test of all involving that one bet that basically made everyone stop in shock. I felt that such a factor added major interest to the story and I wanted to see how it Ashley and Lane would overcome that.

Of course, there were other characters and other aspects involved. There's a villain, a really assholic one I might add. There's Ashley's brother who was very supportive of her seeing Lane and added to the more humorous side of the novel, but besides being a carefree individual, I found him to at times caus problems for Lane and I just couldn't understand why Lane would even allow himself to get caught up. I also liked when both the main characters would share something serious and emotional with each other, like Ashley dealing with the loss of someone close to her heart, and Lane coping with his grandfather's health issues, as well as his family's financial status. In those scenes, it felt real and got me to open my heart to sympathize with the characters.

Overall, All In was fast paced, delightfully written, a breezy summer tale with a dramatic climax, and it was definitely interesting. This is a sweet story, and if you like contemporary new adult and quick romance novels, then All In is for you. 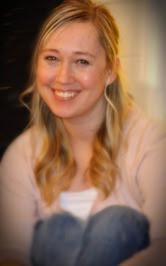 About the Author
Marta Brown grew up in the Pacific Northwest and was a teenager when Doc Martens, Pearl Jam and flannel were the norm and Dylan loved Kelly forever. (Beverly Hills 90210 shout out)

She still lives just outside Seattle, now with her husband and cat, and loves the rain.

When she’s not writing about cute boys, first kisses and the magic and wonder of being seventeen, she’s watching The CW. And she sleeps in. Late.