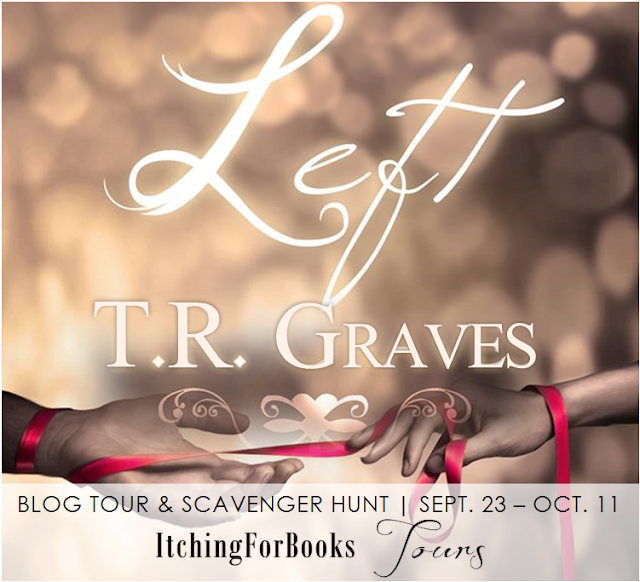 Your own two feet are all you have when you've been left.

A naive Baylee loves Colt, her boyfriend of four years, more than she ever thought possible. After a little snooping, she's convinced she's well on her way toward hearing an once-in-a-lifetime proposal and starring in the wedding-of-the-year event. Instead, she's blindsided by a very public breakup and the crushing news that Colt is marrying someone else… someone more befitting him and the role his father expects him to take in his law firm.

Baylee may have spent years resenting Ariana, her mother, and her suicide, an intolerable show of weakness in Baylee's opinion, but after Colt leaves her just short of the altar, Baylee sees the world through her mother's eyes. She sympathizes with Ariana's actions and realizes that some things—soul-deep aches—can irreparably damage you and make moving on nearly impossible.

At least that's how she feels until she meets Ryker. With his help, Baylee discovers there is life after Colt, and she prepares to move on by pulling herself up by the bootstraps, holding her head high, and standing on her own two feet. Unfortunately, a new jealous and hateful Colt has his own plans for her, and they are plans no one—especially Baylee—ever saw coming.

About the Author
T. R. Graves, the author of The Warrior Series and The Secrets Series and The Underwater Series, is a 2012 NaNoWriMo Winner.
She lives along the Texas coast with her husband. Together, they raise T. R.'s beta reading daughter and their football-loving son. Besides being blessed with a supportive family, she counts her career as a registered nurse in not-for-profit hospitals high on her list of fulfilling accomplishments.

There will be a tour wide giveaway of a finished paperback copy, 2 ecopies, and a giveaway to win a Amazon Kindle Fire along with all of the book-related Hidden Object books created by Phatpuppy (Claudia McKinney) if you purchase the ebook during the tour. Please email your receipts to shanereads (at) yahoo (dot) com for proof.

September 24 -
As the page turns *Interview