Check out the Heidi Garrett's Beautiful Beautiful Cover Reveal. This is the first in her upcoming series of contemporary fairytale re-tellings. 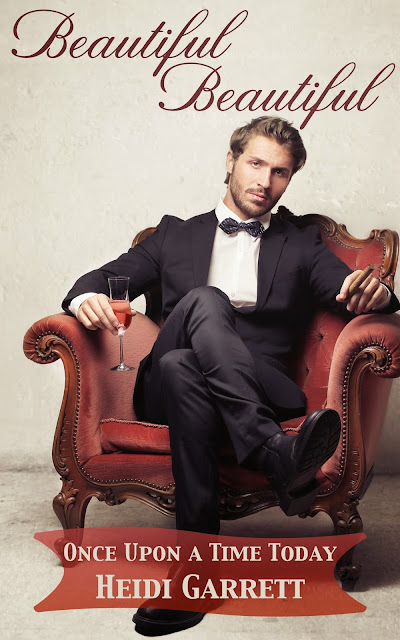 Synopsis via Goodreads:
Movie director Karen Mayham has an eye for beauty. Now her years of struggling on the indie film circuit are about to pay off. She's the frontrunner to win Golden Pinnacle's Director of the Year. Winning will mean generous financial backing for her next project, and the most bankable actors in the industry are already signaling interest in the leading role. How will she decide which Adonis is right for the part of Demion Glass?

In this contemporary retelling of the eponymous Hans Christian Anderson fairy tale, Karen's journey leads her to discover a deeper meaning of beauty.

When Heidi Garrett was a child, her mother was the most magical person she knew. Unfortunately, they were separated by evil forces and her mother died a premature death. However, Heidi never forgot Louise, so when she had the opportunity to reconnect with her beloved grandma she seized it, even though the price of that choice was exile from the land where she'd grown up.


Her risk was was rewarded when she found herself, once again, in a world so unusual that it had to be enchanted. After all, her grandma, Elva, was an elf. When Elva joined her daughter, Louise, in the Unknown Beyond, Heidi was inspired to write fantasy stories that would remind anyone who read them what she'd never forgotten--


Once upon a time, you lived in an enchanted world…


She currently resides in Eastern Washington State with her husband and their two cats. So far, she loves the snow. Being from the South, she finds it very mystical.