Welcome to my stop on Toni De Palma's The Devil's Temptation Blog Tour. Continue for the author's guest post below. 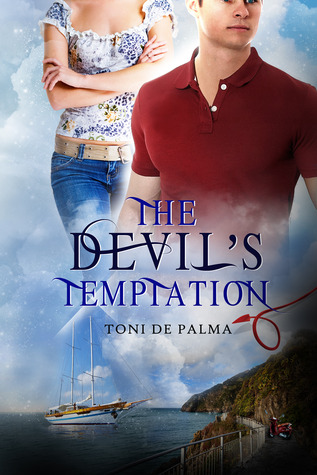 Synopsis via Goodreads:
Fighting the Devil brought Cooper and Grace together. But without a little evil to spice things up, the everyday life of a normal teenager is pretty dull.

A summer job crewing on a billionaire’s yacht in sunny Italy might be just the ticket to rekindle passion. While the setting is perfect, the winding, sinister back streets of Naples are also the perfect playground for a scorned Lucifer to wreak havoc.

And if evil doesn’t rip them apart, the sultry billionaire’s daughter and the sexy First Officer might be what it takes to finally destroy Cooper and Grace’s love forever.

Writing Guys When You're a Girl (like me)
The Devil's Temptation is book 2 in the Devil series and my second book featuring Cooper, the seventeen year old teenager whose prime nemesis is Lucifer himself. When book one (The Devil's Triangle) was reviewed, many reviewers mentioned how refreshing it was to read a book from the male point of view. I'd never thought about it, but it's true, most YA novels are told from a female perspective. So as a woman myself, what gave me the gumption to write a book from a teen boy's point of view? More importantly how do I know I got it right?

My inspiration comes from many areas in my life. While I have nothing against dresses, as a kid I was definitely more of a tomboy than a girly-girl. Part of the reason for this was that my neighborhood had more boys than girls.  Not to sound sexist, but at least back when I was growing up, the boys always seemed to be doing more interesting and active things then the girls and I wanted to be part of that.
While I think boys are cool characters, how do I actually get into their heads, especially since I'm not one of them? Isn't this the eternal question every woman asks themselves about the men in their life? Well for one, I'm surrounded by guys. My husband, son and dog all help me to appreciate the unique quirks of being a man. I watch and I listen and, ultimately, I empathize. Just as being a woman has its own unique challenges, so does being a guy. While some guys are sensitive, it's been my experience that guys don't always say what they feel or even understand what it is they're feeling. This makes their life more difficult than it has to be, especially when it comes to intimate relationships. A recent article I read about male breast cancer (yes, even guys can get breast cancer), stated that men who find a lump in their breasts don't go to a doctor for fear they are losing their manliness. While women like to complain that it's tough being a woman, I think it's fair to say that guys struggle too and I wanted to explore that sense of vulnerability.
Ultimately, I wrote this book because of Cooper himself. He’s a bad boy with a good heart. He’s conflicted and doesn’t know what to do with all of the emotions inside of him. For me, he is tremendously appealing and I love when he does or thinks of something funny or even gross. The fact that he gets to go up against the Devil is a bonus. 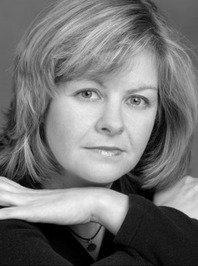 About the Author
Toni De Palma was born in Brooklyn, New York. As a child she spent many summers in Ischia, the Italian island where her father was brought up. Her first middle grade novel, Under the Banyan Tree, was published in 2007 and selected as a Kirkus New Voices Pick and a New York Public Library Book for the Teen Age. Her second middle grade novel, Jeremy Owl, was published in 2010. Her third book, The Devil’s Triangle, A YA paranormal is getting rave reviews. Toni holds her MFA in Writing for Children and Young Adults from Vermont College and she is a recipient of a New Jersey Arts Fellowship. She currently resides in New Jersey.