IFB welcomes author Fiona Palmer, who wanted to share her inspiration behind her latest release, The Recruit. Continue below for the guest post. 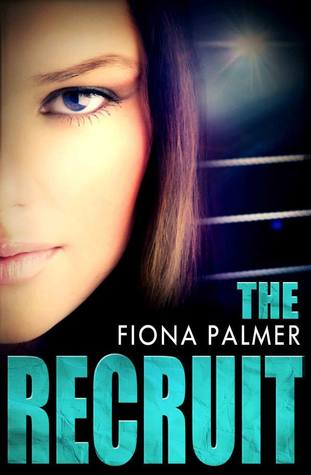 Synopsis via Goodreads:
From one of Australia’s Queens of Romance comes the debut in a brand new YA series about secrets, strengths, and what lies beneath the surface.

Jasmine Thomas may not be completely normal, but she’s a pretty typical seventeen-year-old girl. She hates the rich mean kids, loves her best friends, and can’t wait to get out of school each day. Her spare time is spent at The Ring — a boxing gym where she practically grew up — learning karate, boxing and street fighting. So, yeah, Jaz can kick some major butt.

Life seems pretty normal until the day Ryan Fletcher enters her gym…mysterious and hot with heaps of bad boy charm. Sure, she checks him out. Who wouldn’t? But what doesn’t show on his gorgeous abs are secrets and lies that dominate his very grown-up world. Now Jaz has to figure out just how far she is willing to go to know more. Could Ryan really be offering the life-fulfilling life path she’s always dreamed of?

My love of reading Young Adult/New Adult fiction is probably what started me on this journey with The Recruit. Plus the TV shows and movies alike. I love reading/watching about that time in a person’s life when everything seems so important, life and death, and it does seem like that when you’re a teenager. At this age you are young, carefree and experiencing a lot of new things (which makes for great reading).

I wanted to write something that covered all this but ticked all my own boxes. I wanted the cool girl who was everything I wasn’t or at least was everything I wanted to be. She would be her own person, strong under pressure, realistic, courageous, able to fight off five men and generally just kick ass and be gorgeous.

I love those stories or movies where you see a pretty young girl and you think she’s just this weak woman, then bam, she puts the big bloke on his backside. So all these thoughts came together to create Jaz.

I also loved the idea about a secret agency working undetected in our cities making sure the bad guys pay for their wrongdoings. Enter my leading man, Ryan. Of course when I was just a mere teenager I was always attracted to the older men. Stronger, more mature, experienced and in Ryan’s case, sexy, mysterious and dangerous. I like a bit of a bad boy, and what’s better than one who is only bad because he has to be, underneath that he’s fighting his own passion and desires.So throw Jaz and Ryan in together with secrets and dangerous missions and I have a story that I love. Hopefully so do my readers.

The great thing about this genre is its fast paced and full of dialogue. I write a lot of rural fiction and one of the characters is the landscape itself, so description is a large part of that genre. Here it’s less important so the story moves on quickly, which makes a nice change for me. I like being able to write a different way and to satisfy two separate parts of myself. So I guess you could say the genre itself inspired me to write The Recruit. I wanted to write my own version, my own story in the way that I liked.

About the Author
Fiona Palmer is a bestselling rural author of books set in outback Western Australia. Small communities, farming, great aussie characters and mother nature.
It was while running a local shop in Pingaring in 2006, in a partnership with her Mum, that Fiona began writing down a story that was roaming around in her head. Lo and behold, this was the start of her writing career.
www.fionapalmer.com | facebook.com/FionaPalmerRuralAuthor
@fiona_palmer