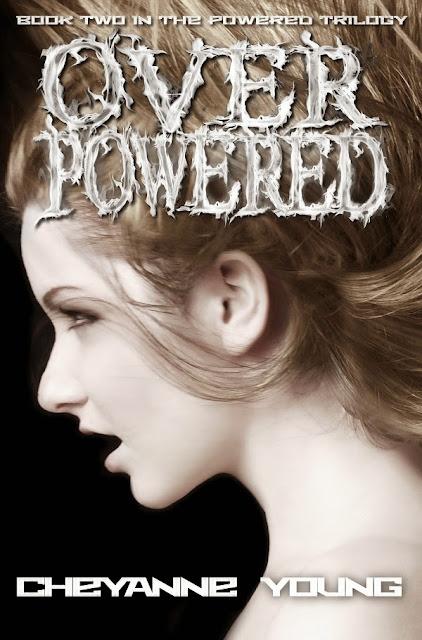 After rescuing Nova from a life of evil, Maci fears she's made a huge mistake. As if she didn't have enough trouble fitting in with her fellow Supers, Nova outshines Maci in personality and power.

In the midst of this one-sided sibling rivalry, humans are dropping dead from a powerful drug that originates in the underground tunnels of King City. Someone is a traitor and Maci wants to capture the villain before anyone else—especially Nova.
With Nova in the spotlight, Maci needs to set aside her jealousy before more humans die and the future of King City is changed forever.

About the Author
Cheyanne is a native Texan with a fear of cold weather and a coffee addiction that probably needs an intervention. She loves books, sarcasm, nail polish and paid holidays. She lives near the beach with her family, one spoiled rotten puppy and a cat who is most likely plotting to take over the world.

She also writes under the pen name Amy Sparling.

Posted by Shane @ItchingforBooks at 3:56 PM