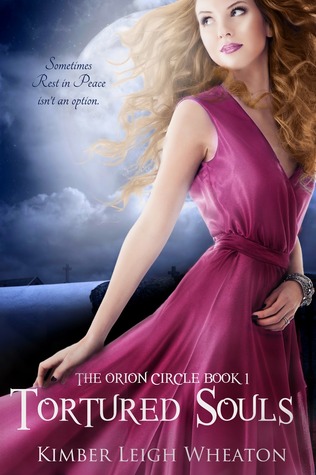 Kacie Ramsey sees ghosts—and it's ruining her life. Her mother left, her father blames her, and no matter how hard she tries, she can't keep the ghosts away. Now a new power has emerged. Nightly visions of grisly murders and a relentless predator draw her to the brink of insanity.

When the phantom appears at a party, Kacie's longtime crush, Logan, saves her. He invites her to join the Orion Circle, a group of supernatural hunters with chapters in schools all over the country. Through the Circle, Kacie learns to embrace her spiritual powers, and for the first time in her life she feels in control rather than a victim.

But the Foxblood Demon will not give up so easily. A demented serial killer in life who trapped the souls of the thirteen children he murdered, imprisoning them within the walls of his mansion. Now in death, he plots his return while drawing power from the pure souls of the children. He recognizes something in Kacie he's never seen before—a medium powerful enough to provide a vessel for his tainted soul.

Kacie can't ignore the tortured souls of the children crying out to her every night. With Logan at her side, she will fight the Foxblood Demon. But can they banish this powerful phantom, or will Kacie lose not only her body, but her eternal soul to the monster.

I enjoyed this one. The story was interesting from start to finish, in that it held my attention with all the intrigued it stirred up in the opening chapters. I wanted to understand the main character, her family, and this group of paranormal researchers. Tortured Souls was nicely written and fast-paced. I thought the descriptions were great; I was envision every scene and event as it occurred.

I liked how Kacie already knew she had an ability, and that the story was mostly about her learning to understand it as well as discovering her new talents. It was great that as the reader, I got to find out things the same time as she did, instead of being a step ahead of her. Sometimes that's fine, and at times it can make a story predictable. In this case, leaving both the reader and the protagonist blind was a great thing to do. Kudos to Kimber Leigh.

Kacie is your average teenager, with the exception that she has these capabilities that she's long deemed as a curse that caused problems for her family. She blamed herself for her mother's departure and had a lot of pent up hurt by the way she was treated by her. I would have reacted the same way Kacie did when she received a phone call from the woman after how long, only to confess that she lied and now wanted to help her daughter. I felt the emotions depicted were well-constructed and just fine. Her reaction seemed realistic.

In regards to the other characters, it was interesting reading about this group of people who established somewhat of an acceptable atmosphere for Kacie. Finally she was able to feel like she belonged somewhere because, like her, the Orion Circle was filled with individuals of various abilities. I liked their personalities and how the author was able to deliver different characteristics with so many side characters. While I liked how strong the girls were, as well as the protective nature of the guys, the one issue I had was with this sense of nurture they portrayed for Kacie. It's like she was babied for the most part. Not that I blame them because her character was a tad on the soft side and I would have loved for her to be more willing to fight for herself instead of counting on the others. It wasn't much of a bother because I was already into the story and I found other things about her to be likable.

As for Logan, he was a sweetie. The romance aspect was a cute addition, though at times their affection came at an awkward time when things should be taken more seriously. Aside from that, I liked his character and his mom was a funny one, though she wasn't present for the most part.

Overall, I liked the actual plot and the mystery of trying to find a way to free the souls. It was interesting how it wasn't only about the paranormal elements but there were other things added that could enable the reader to enjoy the story more. There was Kacie finding out about herself, starting a relationship and learning about the idea of romance, as well as the family aspect of the book that involved her father and brother coming to terms with who she really is and working on his beliefs. But one thing that stood out to me was the fact that, Kacie was learning to accept her ability and not turn away from it. Besides the paranormal, that was one of the things I liked most about Tortured Souls. I recommend you pick this one up if you're a fan of YA paranormal with a taste of romance and family issues. Good job, Ms. Wheaton. 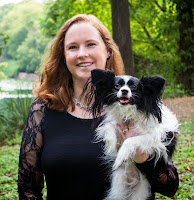 Kimber Leigh Wheaton is a bestselling YA/NA author with a soft spot for sweet romance. She is married to her soul mate, has a teenage son, and shares her home with three dogs, four cats, and lots of dragons. No, she doesn’t live on a farm, she just loves animals. Kimber Leigh is addicted to romance, videogames, superheroes, villains, and chocolate—not necessarily in that order. (If she has to choose, she’ll take a chocolate covered superhero!) She currently lives in San Antonio, TX but has been somewhat a rolling stone in life, having resided in several different cities and states.

Posted by Shane @ItchingforBooks at 8:27 AM