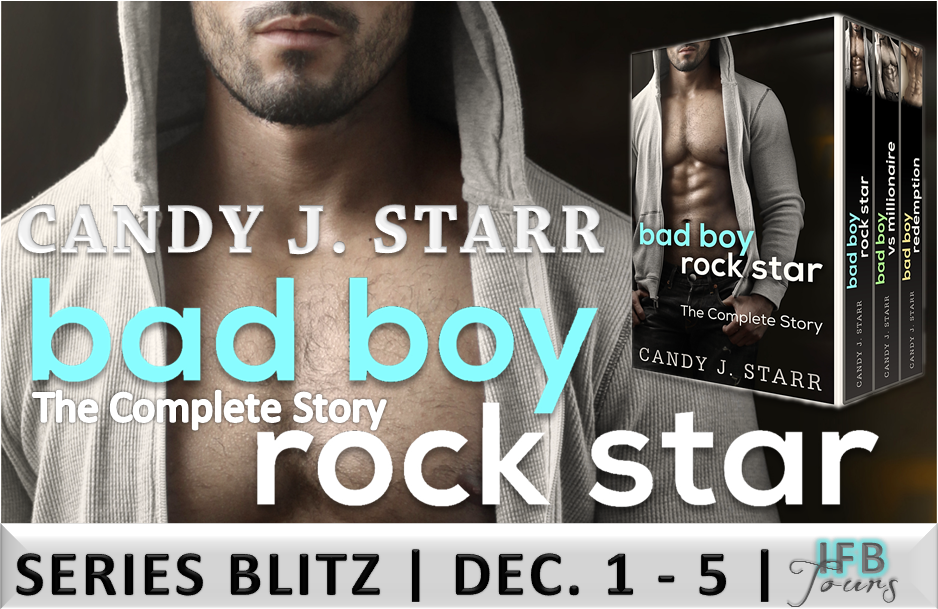 The Candy J. Starr promo event for the Bad Boy Rock Star series has ended. Check out the excerpt below. 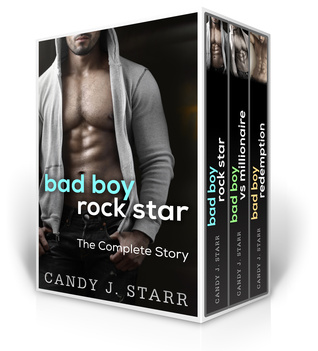 SYNOPSIS VIA GOODREADS:
Hannah Sorrento never planned to be a band manager. She’s a princess and the toughest obstacle she's had in life is finding shoes to match her outfit.

Then her father disappears leaves her with only the money in her purse and a management contract for hot, indie band, STORM. She plans to sell the contract, one way or another, then pack up her designer wardrobe and head back to law school.

But lead singer, Jack Colt, has other ideas. She's never met a man like him before. His raw sexuality messes with her head and her heart... and a lot of other body parts too.

With the help of crazy rock chick, Angie, Hannah sets the band on their first steps to the big time and learns to survive on her own.

But this isn't some game - soon the threat that Hannah fears most becomes reality.

Jack Colt - he’s arrogant and infuriating but he’s the one that’s there for Hannah when her world comes crashing down. With secrets of his own, will Jack Colt save Hannah or destroy her? 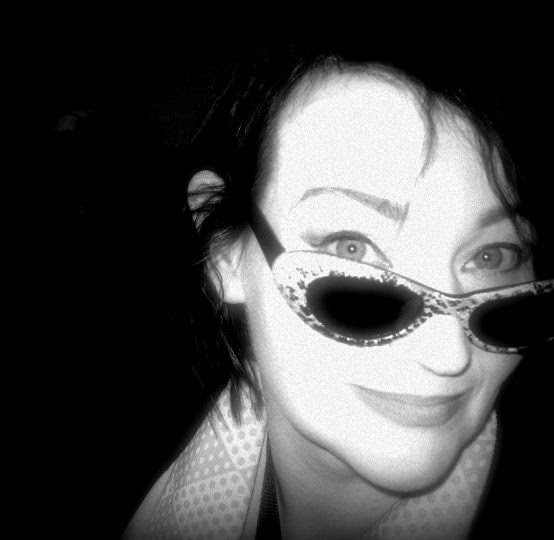 Candy J. Starr used to be a band manager until she realised that the band she managed was so lacking in charisma that they actually sucked the charisma out of any room they played. “Screw you,” she said, leaving them to wallow in obscurity – totally forgetting that they owed her big bucks for video equipment hire.

Candy has filmed and interviewed some big names in the rock business, and a lot of small ones. She’s seen the dirty little secrets that go on in the back rooms of band venues. She’s seen the ugly side of rock and the very pretty one.

But, of course, everything she writes is fiction.

This was totally embarrassing. What did I know about playing a tambourine? I'd only make a fool of myself. The couch was plenty good enough for me. But Jack and Eric grabbed my arms and pulled me up.
"Okay, okay. I'll do it and prove to you I'm crap."
I started shaking the tambourine around. Jack grabbed me from behind and guided my movements. It didn't seem that hard but I wasn't in any hurry to let on. Maybe it was my imagination but he did seem to get himself into situations that involved putting his arms around me quite a lot.
The heat of his body warmed my back and I felt as if I could almost feel his heartbeat. His hand covered mine, prompting me when to tap the tambourine and when to shake it. His other hand rested on my waist. His breath tickled my neck and my heart felt lighter. I tried not to grin too much but to focus on his movements.
As Spud began tapping the drums, we followed his beat – shake, shake, tap. That was easy but, as the beat became faster, we both moved, our hips swaying in time. Shake, shake, tap. And a hip thrust on the tap.
I leaned back against him and maybe my thrusts became a bit more of a grind. He responded by grinding himself into me and pulling me a bit tighter into him.  Then suddenly he pulled away from me.
"Right, let's do Party Dress, from the top."
Spud started with the drums, a simple beat leading in. I followed what he was doing. Soon, I got the hang of it and was playing along with them. I shook my hips and tapped the tambourine against them. I looked at Jack and he grinned back at me. A thrill went through me. I was really doing this.
I felt at one, not just with Jack but the entire band.  I’d worked with them to create this.  I bit my bottom lip to control my smile but it was something awesome, this teamwork thing.
I didn’t even need to concentrate, I began moving around, doing some sexy little dance moves, shaking my hips and running my free hand down my body.
Then I thought I'd do some backup vocals, singing along with the melody.
"Stop! Stop!" Jack seemed distressed.  Had his amp blown a fuse?  He’d stopped playing.
All three of them stared at me.
"What's wrong?" I asked.
"Your singing…"
Was I really that good? They did seem awestruck. Maybe I could do this, maybe I could have my own singing career. I'd always thought I'd look great up on stage.
"Yeah, sorry Hannah, but that's really putting me off." Eric smiled at me apologetically.
"I've heard strangled cats sound better," added Spud.
"You are joking, right?" I could sing. I could sing really well. People had always said so. They were just having a joke.
"NO!" all three of them cried.
"It's terrible." Jack shook his head as though he couldn't believe what he'd just heard.
I picked up a cushion from the couch and threw it at Jack. Then I picked up another and threw it at Eric.
Jack and Eric looked at each other then rushed at me with the cushions, raining blows down on me. I covered my head to block them.  They knocked me back onto the couch as I tried to wrench the cushions from their hands.
"Stop, stop." I tried to sound serious but I couldn’t stop laughing.
Instead of stopping, Jack went for my ribs, tickling me until I screamed. I tried to squirm away from him but rolled onto the floor. He kept at it, pinning me down so I had no control. His fingers dug into my ribs again and I squirmed and screamed until I fell on the floor in exquisite agony. Even that didn't stop him though. If anything, it seemed to encourage him. He straddled me and kept tickling. I kicked out with my legs and punched at him, trying to get him off me, feeling as if I'd pee my pants.
Then he stopped and looked down at me. His hair flopped in his eyes and his face was flushed. He relaxed his grip on my wrists and I could've easily rolled out from under him while his guard was down but I no longer wanted to.
Everything else stopped until it became just the two of us in the entire world. Every part of me became aware of him, moving closer to me as though in slow motion. I bucked my hips, not wanting to get away, but wanting to feel his body against mine.
His gaze went from my face to my nipples, hard and straining against the thin fabric of my dress. So hard that they almost caused me pain. I wanted to feel his full lips pressed around them, sucking and licking.
"Hey, settle down you two. Get a room."
Well, that sure broke the spell. I'd forgotten about the other two in the studio but became fully aware of my surroundings and the floor beneath me, and the hard cock of Jack Colt pressing into my leg.

Posted by Shane @ItchingforBooks at 1:36 PM