Review: The Clique by Valerie Thomas 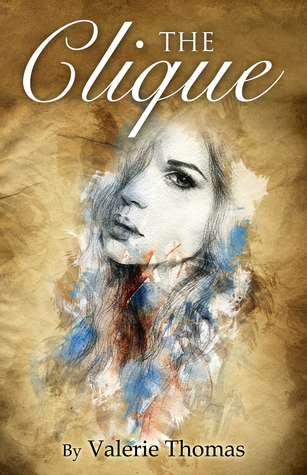 The Clique is the story of Audrey Hughes, and the attempt of a boy to win her over by bringing her down. Manipulating her friends, poisoning her relationships, and tearing at her family; Devon will stop at nothing to get what he wants. But Audrey isn’t so easily ruined. She fights for her friends, pulling closer even when they would push her away.

The Clique was an okay read. The story depicts how friends cope with alleged betrayal among other things. But while it had great potential, I wasn't all the way there for me.

Character-wise, I didn't really connect with anyone, and there were some things that kind of bugged me. For instance, I feel like their friendship wasn't all that great to begin with because of the stuff they'd think or say behind each other's backs. Audrey came off as the goody-goody but I honestly liked her character more. As for Katie, she was always trying to do what Audrey would do, or think like her friend. She was so quick to believe the lies and turn her back on her best friend. And I feel as if the animosity and jealousy was always there, so I wasn't all that surprised by her reaction.

In regards to Maggie, she was just the same. So easily manipulated, and her reasons for working with the enemy were just shallow and selfish. I couldn't sympathize with her at all.

Overall, it was a good read with easy and fast-paced writing. However, I felt that the blurb shouldn't have made the story seem like it was all about Audrey and the guy that liked her, because the majority of the first half was about her friends and their individual issues. Regardless, I liked it for the most part.

Valerie Thomas is a twenty-one-year-old author of Young Adult fiction. She started writing immediately after high school, setting novels in the culture she was already familiar with. The Clique is her first novel, set in a fictionalized version of the city where she grew up.
valeriethomasblog.wordpress.com | twitter.com/vtothetom