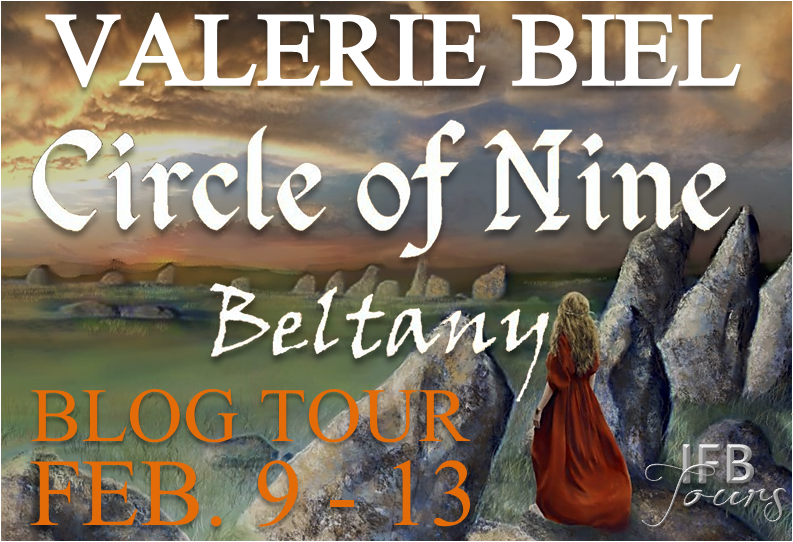 The blog tour for Valerie Biel's fantasy release has ended. 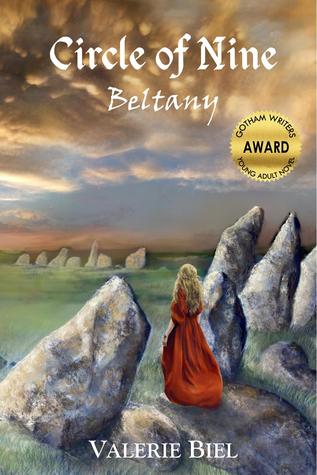 “Since I was a little girl I’ve been labeled a freak in my small town. There’s no blending in when your mom practices an ancient pagan religion and everyone believes she’s a witch. On my 15th birthday my secret wish is the same as always – to just be normal. But that’s not what I get. Not even close.”
– Brigit Quinn

Instead, Brigit is shocked to learn she’s descended from a legendary Celtic tribe - powerful people who serve as guardians of the stone circles of Ireland. A spellbound book of family history reveals the magical powers of her ancestors. Powers that could be hers - if only she wanted them.

And when someone sinister and evil returns to steal her family’s strength, Brigit has to make a decision. Fight to keep her unique heritage or reject it for the normal life she’s always wanted.

~INSPIRATION~
A story can get started a thousand different ways. Circle of Nine started when I visited standing stone circles in Ireland and England. The most famous of these is Stonehenge. Most people don’t know that there are hundreds of stone circles and ancient monuments dotting the countryside in Great Britain and northern France. I began to think about the people who built them, and I wondered what they were really used for. (There’s a lot of debate about this.) Then, I began my internal “what if” questions. What if there were people alive today who were descendants of the circle builders? What if they kept their heritage a secret? What if they could tell us what these circles were all about, but they’re sworn to secrecy? And, what if there was a modern-day girl who really wasn’t sure that she liked this extra-special heritage so much? What then... ? (You can find out if you read the book!) 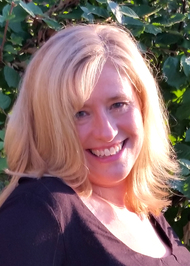 Valerie Biel's love for travel inspires her books for teens and tweens. Circle of Nine - Beltany is set partially in Ireland where Valerie was inspired by the ancient stone circles which dot the countryside. Beltany, an actual stone circle in County Donegal, Ireland, plays an important part in this novel. "There's something eerie and beautiful about these circles which rise up out of the greenest grass you've ever seen. Who built them? Why did they build them? If that's not enough to start a story, nothing is."
This young adult novel was a top six finalist (out of 1000) in the Gotham Writers' YA Novel Discovery Contest.
When Valerie's not writing, she's working on freelance public relations projects, wrangling her overgrown garden, traveling the world, and reading everything she can get her hands on. Once upon a time, she graduated from the University of Wisconsin with degrees in journalism and political science. More recently, she moved back to small-town Wisconsin, happily violating her teenage vow that she would never do so. Valerie's husband and three children are always providing her with new story ideas whether they mean to or not.
WEBSITE | FACEBOOK | TWITTER

NOTE: Please do not post any negative reviews that hurts the author and affects the purpose of the tour. Post the blurb and giveaway instead or send me an email if you'd like to back out of the tour. Thank you for understanding.

Posted by Shane @ItchingforBooks at 11:55 AM