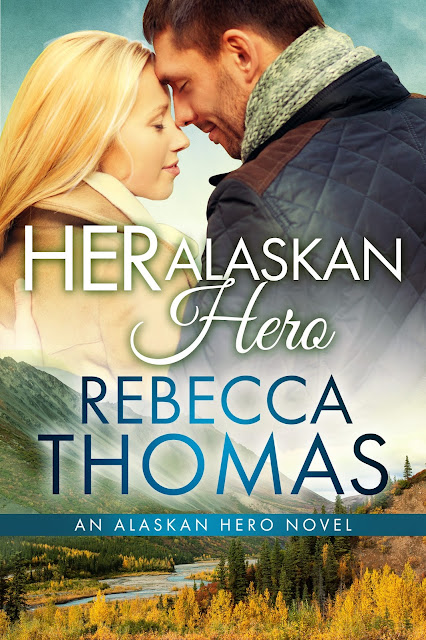 After being left at the altar, California girl Sabrina Tate needs to make a fast getaway. With her famous overbearing parents and the paparazzi hot on her heels, where else is a jilted bride to go to lick her wounds but Alaska? With only her tropical honeymoon clothes in tow, she makes her escape. For two weeks, she’ll live on her own and prove to herself—and her family—that she can make it without a husband.

Zak Forrester is a man on a mission. He’s turned his rugged yet luxurious Alaskan lodge into a hotspot for hunters, all in the hope to make up for a painful event in his past. But when Sabrina—one of the rare women to enter his rugged realm—stumbles into his world, he can’t get rid of her fast enough. He has no time for her yoga, vegetarian meal requests, or Scrabble.

Soon, neither can resist the other, and two hearts collide. With time ticking away, they have to decide where they belong. Is a life in a different world better than being a world apart?

Her Alaskan Hero was an interesting reading experience for me. There were times I'd want to warm up under a blanket, but in other instances some things just didn't work for me. The story opened up with Sabrina, a politician's daughter, being left at the altar by some coward who didn't want to stand up to her father or explain things to her face-to -face. It definitely sucked. I mean, even though he was also doing Sabrina a favor because she was getting married for the wrong reasons anyway, it was still embarrassing that the groom didn't turn up to his own wedding. Anyhoo, in comes her friend to the rescue. Melissa suggested that Sabrina escape to Alaska (crazy, I know) to not only evade the paparazzi, but to take some time to herself and decide how to handle the situation once she returns to California. Left with no other options, Sabrina headed off to Alaska for two weeks.

Zak worked at the lodge that Sabrina wanted to book a room at. This is all done spontaneously so it turned out that the lodge is all booked due to a particular season and chances of Sabrina finding another place were slim. Sabrina looked insane to Zak. She was under-dressed in such a cold weather, wearing light clothes meant for a honeymoon in Hawaii, and her whole demeanor baffled him.

Their first encounter wasn't the best, and even though Sabrina was appealed by how hot Zak was, she felt he was passing judgment a bit too quickly. But then again, she didn't have the sweetest personality either. In fact, throughout the book there were moments her character made me roll my eyes. The things she'd say or her behavior with Zak just made her seem a bit entitled, and I supposed it had a lot to do with her upbringing and coming from such a family. Still, it was nice how they warmed up to each other and I liked the kind of man Zak was. He'd do sweet things for her, like make her breakfast and even allowed her to stay in his brother's room because there were no more rooms available at the lodge.

Aside from these two characters' crazy and cute behavior with each other, I liked how light the story was and the overall setting. I don't read many books set in Alaska but whenever I do, I can truly visualize the environment and weather. And this book was no different, every scene was pictured clearly in my head. The author did a good job with that.

In conclusion, the writing's good. The plot was interesting, and I liked how things worked out for both Sabrina and Zak. And while I did feel like it was too early to throw some words around in regards to their feelings for each other, Her Alaskan Hero was still an enjoyable read with melting moments and cute humor. 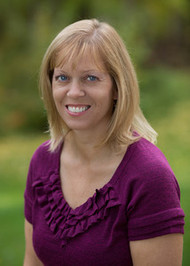 Rebecca Thomas enjoys a love-hate relationship with Alaska. She lives there with her bush pilot husband and two teenaged sons. When she isn’t reading, writing, or playing board games, she is cheering for her sons at their hockey games and tennis matches.

A reluctant reader as a child, she didn’t become interested in books until her teen years when she discovered historical romance. Now she loves all sub-genres of romance and can’t decide which one is her favorite.

Rebecca earned a bachelor’s degree in Education from the University of Alaska and was employed in the airline industry for several years before working in her current position as a program manager in higher education.

Posted by Shane @ItchingforBooks at 7:42 AM