Review: All the Major Constellations by Pratima Cranse 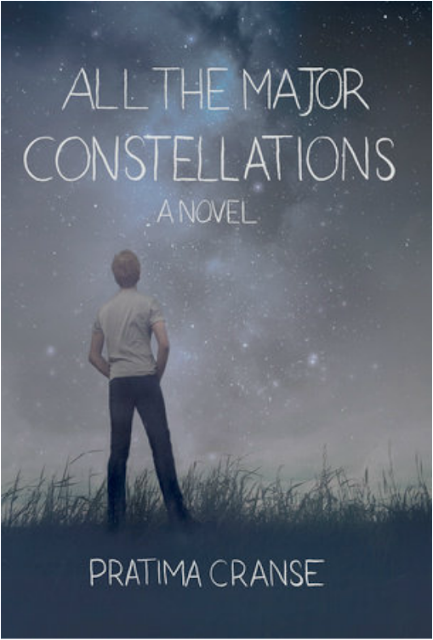 Laura Lettel is the most beautiful girl in the world. . . and Andrew’s not-so-secret infatuation.

Now he’s leaving high school behind and looking ahead to a fresh start at college and distance from his obsessive crush. But when a terrible accident leaves him without the companionship of his two best friends, Andrew is cast adrift and alone—until Laura unexpectedly offers him comfort, friendship, and the support of a youth group of true believers, fundamentalist Christians with problems and secrets of their own. Andrew is curiously drawn to their consuming beliefs, but why? Is it only to get closer to Laura? And is Laura genuinely interested in Andrew, or is she just trying to convert him?

This provocative and compelling debut novel will resonate deeply with readers as it explores questions of identity, sexuality, and spirituality.

The story started out intriguing. I was curious about this Laura and why Andrew was so fascinated with her. I wanted to understand her religion as well and see what her faith was really like, especially since the blurb indicated they had issues of their own.

First of all, there was a lot going on in this story. From Andrew's tumultuous family, to him figuring out what to do with his feelings for Laura and what to do with his life. But most of all, that terrible event that led to one of his best friends, Sara, being in a coma. It was quite sad what happened her, and I wish the author had allowed us more time in getting to know her. As for Marcia, she seemed so much more mature than Andrew, and I commend her for stepping up the way she did to lend a hand to Sara's mom. That's some friendship.

Now in the case of Andrew, I didn't connect with his character and was often displeased with the way he was. I could understand his situation, in that he was mistreated at home and one of the two people in his life who had always been there for him was on the verge of leaving him forever. But often time it was as if he didn't consider what his friends were going through, he mostly just thought about his own issues and his crush on Laura. And things started to complicate for him even more after receiving an invite, so to speak, from Laura and he got involved in her group for the wrong reasons. I liked that he sort of developed a slightly different perspective about faith, and also about each person in Laura's circle, but he still came off a tad immature toward the end of the story and I wasn't a fan of his actions with Karen and John. There were certain things that weren't necessary and I felt confused about them, but no more confused than Andrew, it seemed, and John. Poor John. I wish we'd gotten more in regards to what he was going through and how his situation turned out in the end.

In spite of a few issues here and there, including me not connecting so much with the characters, it still was an interesting story. I did like the writing style and the book was a quick read. Just that it didn't deliver a certain depth that I wanted, and it certainly had the potential to do that. Still, not a bad story.

About the Author
Pratima Cranse was born and raised in Vermont. She now lives in New Hampshire with her husband, daughter, and their two magnificent cats. When she’s not writing, Pratima enjoys jogging very slowly (some might call it shuffling) and spending time with her family.