Review: Rolling in the Deep by Rebecca Rogers Maher 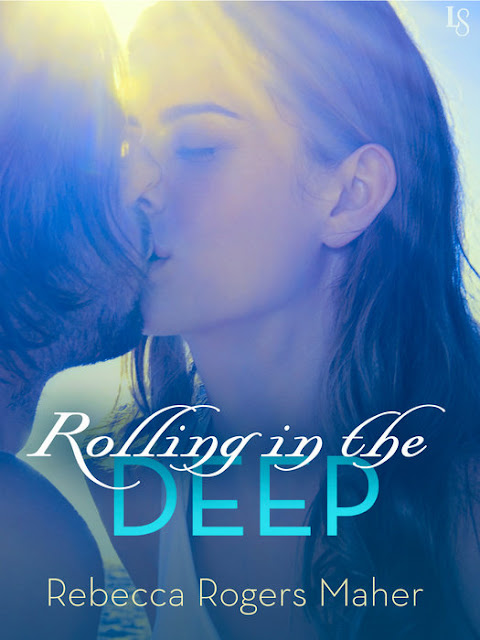 In this raw, moving novel for readers of Jill Shalvis, Molly O’Keefe, and Karina Halle, two kindred spirits share a winning lottery ticket—and discover what it really means to get lucky.

Holly Ward is stretched to the breaking point, raising her young son alone and working long hours for minimum wage at a local superstore. Sure, she’s noticed the new guy with the easy grin and warm brown eyes, but she’s learned the hard way that relationships aren’t worth the pain. Still, when he invites her to split a lottery ticket, she figures a little innocent fun couldn’t hurt. The last thing she expects is to score big, which is exactly what happens . . . in more ways than one.

From the moment he meets Holly, Ray Lopez is drawn to her quiet dignity and openhearted beauty. And when they hit the jackpot together, he’s thrilled that the single mom can give her kid a better life. The only problem is the chaos surrounding them: lawyers and reporters swarming, friends and family angling to get their cut. In all the chaos, Ray discovers an oasis of calm and passion in Holly. But with the stakes higher than ever, winning her trust could cost him everything.

Rolling in the Deep was a sweet surprise. I went in not expecting anything because this is my first time reading Maher, and I ended up liking the story and characters a lot.

I loved that neither were perfect and had a lot of issues in their individual lives. Holly was a divorced, single mother working hard to provide for her son and prove to her ex that she was capable of taking care of her son and herself. It was tough for her, especially since her ex-husband was a jerk who basically continued to verbally abuse her even after their divorce. He married a fortunate woman and rubbed it in Holly's face because they could take her son on fancy trips and give him expensive things. Holly felt bad that she couldn't do the same for her son, but I liked how he was happy with what his mother did provide him: love. Holly's son was perfectly fine in their tiny apartment and with the simple things they had. Even if Holly didn't get lucky and win the lotto, her son would still remain happy with just what they had.

Ray was such a sweetheart to Holly. I loved that his character was diverse too. Ray was trying to keep a promise to his deceased mother and make her proud, while trying to figure out just what his next step in life should be. I felt like him and Holly were perfect for each other because they motivated and encouraged each other when both characters would feel less than enough on their own. Ray treated Holly with the love and respect that she deserved and never got from her ex. He made her feel like she should be treasured, and he showed her that she was a great woman when she doubted herself. I wish Holly could have seen those things on her own and be stronger whenever she faced her ex, but thankfully, she had Ray and her friend to shake her out of the pity party and brought out the tougher side of Holly.

I loved the romance aspect just as much as I loved the other relationships the characters had outside of each other. Ray and his brother had a wonderful bond, and Holly and her best friend were great portrayals of how friends should be. It was good for the two to have people like them in their lives, they helped them see the bigger picture and not feel so guilty about winning the lotto in spite of thinking they weren't more deserving than other people who tried. I liked how Ray took care of his brother and treated him and his daughters to nice things after winning, and I liked Holly's friendship didn't change because of her sudden wealth.

There are other nice things about the story that made me like it that much. The fact that these two flawed characters found happiness with each other as well as being given the opportunity to live better lives tops the list of what makes this book interesting. The writing was also wonderful, clear and to the point, and it contributed to how fast-paced the story was for me. The only issue I had was with Holly not being strong enough throughout and waiting so long to finally take a stand against that douche bag ex of hers. But overall, great plot with intriguing characters. I recommend!

Rebecca Rogers Maher writes realistic stories that push the boundaries of contemporary romance—uniting the genre’s love scenes and happy endings with the crisp, layered prose of literary fiction. In past lives, she’s been a teenage metalhead, a cleaner of lab rat cages, a community organizer and an urban schoolteacher. Her recent work includes The Bridge, Hurricane Lily, Snowbound with a Stranger and forthcoming novels from Loveswept and Brain Mill Press.
WEBSITE | FACEBOOK | TWITTER

Posted by Shane @ItchingforBooks at 7:22 AM