CAN'T WAIT TO READ: The Graces by Laure Eve 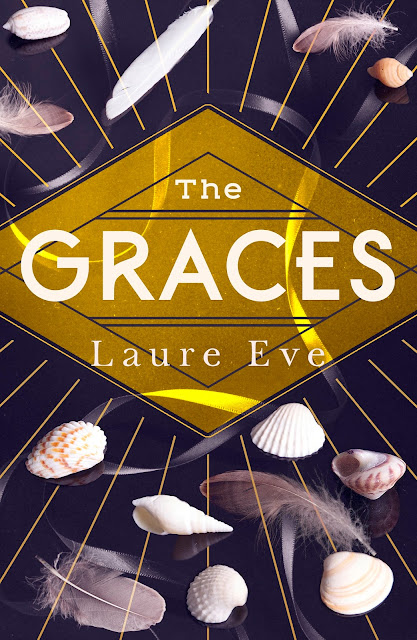 Synopsis via Goodreads:
In The Graces, the first rule of witchcraft states that if you want something badly enough, you can get it . . . no matter who has to pay.

Everyone loves the Graces. Fenrin, Thalia, and Summer Grace are captivating, wealthy, and glamorous. They’ve managed to cast a spell over not just their high school but also their entire town—and they’re rumored to have powerful connections all over the world. If you’re not in love with one of them, you want to be them. Especially River: the loner, new girl at school. She’s different from her peers, who both revere and fear the Grace family. She wants to be a Grace more than anything. And what the Graces don’t know is that River’s presence in town is no accident.

This fabulously addictive fantasy combines sophisticated and haunting prose with a gut-punching twist that readers will be dying to discuss. Perfect for fans of We Were Liars as well as nostalgic classics like Buffy the Vampire Slayer and the 1996 movie The Craft, The Graces marks the beginning of a new wave of teen witches.

About the Author
A French-British hybrid who grew up in Cornwall, a place saturated with myth and fantasy. Being a child of two cultures taught her everything she needed to know about trying to fit in at the same time as trying to stand out.

She speaks English and French, and can hold a vague conversation, usually about food, in Greek.

A random selection of favourite things: Terry Pratchett quotes, characters with questionable morals, Jean-Claude Van Damme, Häagen-Dazs cookie dough ice cream, anything Trent Reznor is remotely involved in even if it only extends to 'he once touched this artist's arm', bad 90s dance music and anything a bit weird (see: Davids Lynch and Cronenberg).
www.laureeve.co.uk | twitter.com/LaureEve