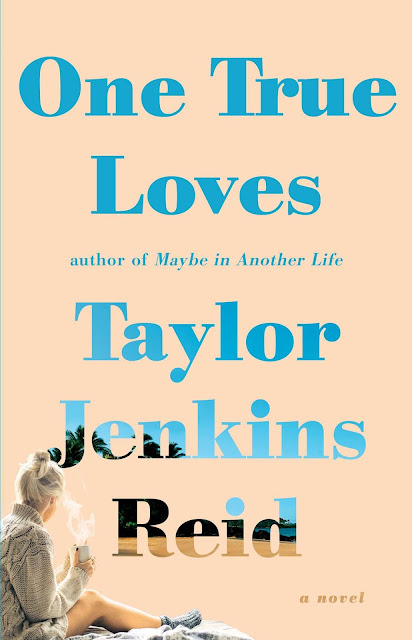 In her twenties, Emma Blair marries her high school sweetheart, Jesse. They build a life for themselves, far away from the expectations of their parents and the people of their hometown in Massachusetts. They travel the world together, living life to the fullest and seizing every opportunity for adventure.

On their first wedding anniversary, Jesse is on a helicopter over the Pacific when it goes missing. Just like that, Jesse is gone forever.

Emma quits her job and moves home in an effort to put her life back together. Years later, now in her thirties, Emma runs into an old friend, Sam, and finds herself falling in love again. When Emma and Sam get engaged, it feels like Emma’s second chance at happiness.

That is, until Jesse is found. He’s alive, and he’s been trying all these years to come home to her. With a husband and a fiancé, Emma has to now figure out who she is and what she wants, while trying to protect the ones she loves.

Who is her one true love? What does it mean to love truly?

Emma knows she has to listen to her heart. She’s just not sure what it’s saying.

*Publisher provided Netgalley widget in exchange for an honest review.

This was such a wonderful story! I seriously cannot think of the right words to express how much I enjoyed One True Loves. The writing was superb. The storytelling was impeccable. And the main character? Well, as likable and relatable as Emma was, I just can't imagine what I'd do in such a situation and I'm happy that in the end she had the courage to follow her heart and be honest with the men.

What I like about this story is how the reader gets to go through different periods of growth with Emma. We're able to understand her as a young girl, and then how she is as an adult--chasing her dreams and living life to the fullest. Emma, like most of us, didn't want to be stuck. And I believe that's what connected her and Jesse. They both had a shared love for wanting to see the world beyond their hometown, which was great. But while they were off traveling and experiencing different cultures, I always felt like something was missing for Emma. Like she still had an itch to be settled somewhere, she just wasn't quite sure where. At least, not at that moment.

With Sam, he was more of the kind of guy that wanted to be rooted. That was enough for him to be happy. He was the opposite of Jesse. Sam was a bit more reserved. And I liked him for that. He was such a nice guy, and I actually liked him more for the kind of person he was. He actually brought tears to my eyes because of his selflessness and the way he would always put Emma's feelings first. Sam never pressured Emma into anything. He loved her so much that he was even willing to let her be with Jesse, no matter how much it hurt. That alone had my emotions all over the place.

But I can't brush off the fact that Jesse was believed to be dead, while he was stranded on an island for all those years. What he'd gone through was terrible. And the pain his family and Emma felt was just as heartbreaking. I don't even know how I could manage to love again after such a loss, but I think it showed how strong Emma was to be able to keep Jesse in her heart while wanting to be happy and feel love again with Sam. Losing Jesse, however, gave her an awakening I think. She finally realized just who she truly was and what she wanted in life. The person she was with Jesse and who she was after losing him were very different. And in the end, it was amazing how Emma trusted her heart and allowed herself to let go and be happy.

I could go on and on about how great of a story One True Loves is, but I don't want to spoil it for you if you haven't read it. I can only say it's definitely worth the read. You'll probably even find it relatable, as each of us could take something of substance from the story. I know I have, in the sense that while transitioning through life, sometimes the things you don't want are the same things you come right back once you've crossed borders and have experienced enough growth to gain a new perspective on life.

About the Author
Taylor Jenkins Reid is an author and essayist from Acton, Massachusetts. She is the author of Forever, Interrupted, After I Do and Maybe In Another Life. She lives in Los Angeles with her husband, Alex, and her dog, Rabbit.