CAN'T WAIT TO READ: The Freemason's Daughter by Shelley Sackier 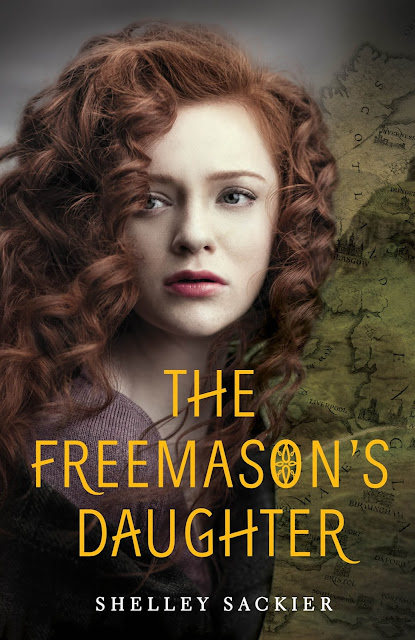 The Outlander series for the YA audience—a debut, full of romance and intrigue, set in early eighteenth-century Scotland.

Saying good-bye to Scotland is the hardest thing that Jenna MacDuff has had to do—until she meets Lord Pembroke. Jenna’s small clan has risked their lives traveling the countryside as masons, secretly drumming up support and arms for the exiled King James Stuart to retake the British throne. But their next job brings them into enemy territory: England.

Jenna’s father repeatedly warns her to trust no one, but when the Duke of Keswick hires the clan to build a garrison on his estate, it seems she cannot hide her capable mind from the duke’s inquisitive son, Lord Alex Pembroke—nor mask her growing attraction to him. But there’s a covert plan behind the building of the garrison, and soon Jenna must struggle not only to keep her newfound friendship with Alex from her father, but also to keep her father’s treason from Alex.

Will Jenna decide to keep her family’s mutinous secrets and assist her clan’s cause, or protect the life of the young noble she’s falling for?

In Shelley Sackier’s lush, vivid historical debut, someone will pay a deadly price no matter which choice Jenna makes.

About the Author
Shelley Sackier grew up in a small farming community in Northern Wisconsin continually searching for ways to grow warm. Realizing she would never be able to enjoy ice cream like real people should, she left the state and lived the blissful life of a traveling musician. Discovering her stories needed more space than two verses a bridge and a chorus could provide, she began storytelling in earnest. And then in Virginia. Which is where she lives now and continues to write.