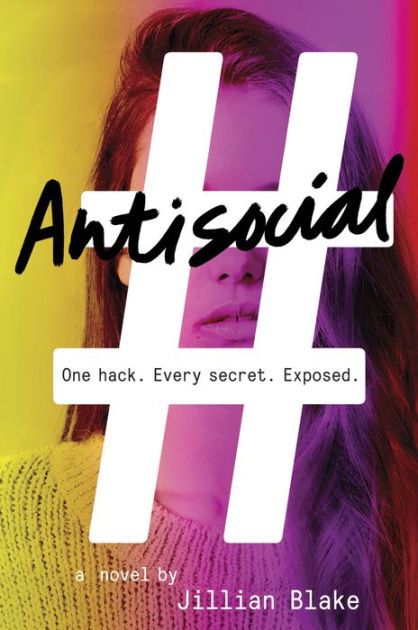 Alexandria Prep is hacked in this exhilarating whodunit set in the age of social media and the cloud Pretty Little Liars meets WikiLeaks.

Senior spring at Alexandria Prep was supposed to be for sleeping through class and partying with friends. But for Anna Soler, it s going to be a lonely road. She's just been dumped by her gorgeous basketball star boyfriend with no explanation. Anna's closest friends, the real ones she abandoned while dating him, are ignoring her. The endearing boy she s always had a complicated friendship with is almost too sympathetic.
But suddenly Anna isn t the only one whose life has been upended. Someone is determined to knock the kings and queens of the school off their thrones: one by one, their phones get hacked and their personal messages and photos are leaked. At first it's funny people love watching the dirty private lives of those they envy become all too public.

Then the hacks escalate. Dark secrets are exposed, and lives are shattered. Chaos erupts at school. As Anna tries to save those she cares about most and to protect her own secrets, she begins to understand the reality of our always-connected lives:

*Received a free physical ARC from the publisher in exchange for an honest review.

Antisocial has an important message in regards to what you put out there, whether in text messages or posting on social media. And while that is a great aspect of the story, for the most part, I felt detached. There were times the situation just didn't make much of an impact on me because I've read it so many times in other books with the same school setting. However, it is realistic and depicts what's happening now in this digital age we're living in. It's just that I feel like the story could have been stronger and some things weren't cleared up in the end.

Initially, I was curious about the characters and what was taking place at this school. I could relate to Anna in the sense that she started seeing someone and neglected her close friends. It happens. Sometimes you go back and fix those relationships and sometimes it's best to let them go, especially if they weren't strong, to begin with. But in Anna's case, she got dumped, and that ignited the desire to go and make amends with her friends. But with the way one friend in particular was, I couldn't understand why she would even bother. This one character pressured another friend into making a stupid decision and was rather hurtful more times than once.

My attention remained locked for the first few chapters, especially since the story is fast-paced and light. But after the hacking started, some crazy things began to happen as well and it became difficult to stay focused. For instance, there were times I was reading but wasn't really into it and couldn't recall what I'd just read. But that could just be me, because like I said there are great aspects of the story, and the writing is good. It's an interesting book but could have been...more. I still recommend it if you're looking for a quick read with the usual high school drama mixed with digital abuse.

About the Author
JILLIAN BLAKE grew up in New England, where she kept her deepest, darkest secrets password-protected. Antisocial is her first novel.

Posted by Shane @ItchingforBooks at 3:18 PM