Review: Stranded with the Navy Seal by Susan Cliff 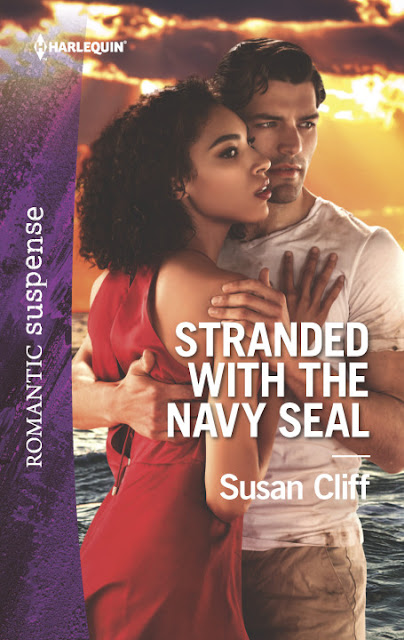 For one navy SEAL, danger and passion are brewing in paradise

Working on a cruise ship was supposed to be the perfect distraction for chef Cady Crenshaw. Instead, it made her the perfect target. Abducted and thrown overboard into foreign waters, she has only one shot at survival…and it comes at the hands of an irresistible ally.

Navy SEAL Logan Starke's protective instincts were locked and loaded the moment he met Cady at the ship's bar. When a violent struggle to take down her captors leaves Logan and Cady stranded on a deserted island, he leaps into rescue mode. But the hot sand and the even hotter attraction between them can't be denied…and temptation could be the deadliest threat yet.

I really enjoyed this one, from start to finish. It felt like I was reading a modern-day version of the Blue Lagoon, but with a lot more flavor and heat. And the main characters are way more interesting than the movie stars. I loved Cady's knowledge as a chef and all she offered to the story, not only with food but her cautious personality is something I can relate to and I liked how fierce and unafraid she was of speaking her mind.

Logan's military background made him intriguing. He had experienced so much in war and his strength and protectiveness were admirable, even though sometimes it made me cringe along with Cady when he would dive into danger.

I wouldn't say the story was suspenseful or action-packed through and through, but there were some thrilling moments, not only involving dangerous people, but the main characters' time on the island had its share of crazy. And their moments of vulnerability were both entertaining and frustrating.

Overall, great premise, wonderful writing that's fluid and fast. Both characters got on my nerves in little ways, but they still made me laugh and sympathize with them too. And I'm happy that by the end of the story they just let it all go and trust in each other. Another thing I have to mention is the setting. It was described subtly but nicely. It was as if I could smell the salty air, taste the seafood, and bathe in the waterfall along with them. It's just a good story that will certainly warm up your cold nights. I'm looking forward to learning about Logan's comrades as the series progresses. 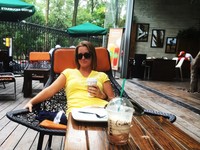