CAN'T WAIT TO READ: Children of Blood and Bone by Tomi Adeyemi 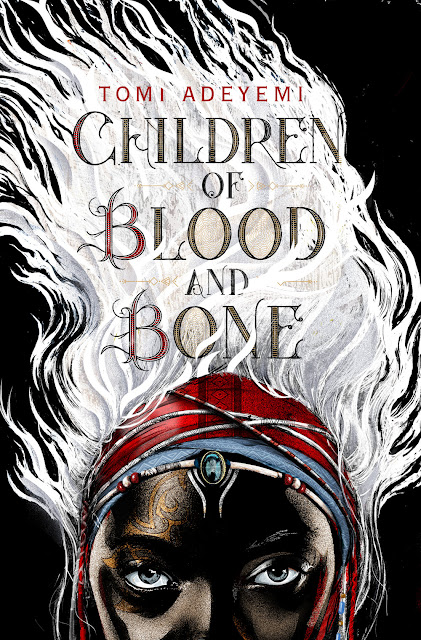 But everything changed the night magic disappeared. Under the orders of a ruthless king, maji were targeted and killed, leaving Zélie without a mother and her people without hope.

Now, Zélie has one chance to bring back magic and strike against the monarchy. With the help of a rogue princess, Zélie must outwit and outrun the crown prince, who is hell-bent on eradicating magic for good.

Danger lurks in Orïsha, where snow leoponaires prowl and vengeful spirits wait in the waters. Yet the greatest danger may be Zélie herself as she struggles to control her powers—and her growing feelings for the enemy.

About the Author
Tomi Adeyemi is a Nigerian-American writer and creative writing coach based in San Diego, California. Her debut novel, CHILDREN OF BLOOD AND BONE, comes out March 6th, 2018 and the movie is currently in development at Fox with the producers of Twilight and The Maze Runner attached. After graduating Harvard University with an honors degree in English literature, she received a fellowship that allowed her to study West African mythology and culture in Salvador, Brazil. When she’s not working on her novels or watching Scandal, she can be found blogging and teaching creative writing to her 3,500 subscribers at tomiadeyemi.com. Her website has been named one of the 101 best websites for writers by Writer’s Digest.