Review: The Secrets We Bury by Stacie Ramey 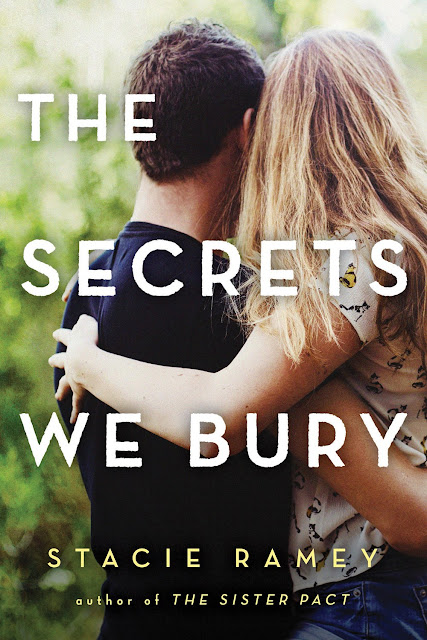 In an effort to escape his family, Dylan sets out on the Appalachian trail—but he can't escape his past—or his secrets in this novel from the author of The Sister Pact.

Dylan Taggart is on the run. His family is trying to put him in a school for psychologically challenged students, and he gets it—he has issues. But a special school is a complete overreaction. And in six months, he'll be a legal adult, so Dylan decides to disappear on the Appalachian Trail until he can make his own decisions.

Dylan wanted independence, but setting out on a 2,190-mile hike by himself is more than he bargained for. And he keeps crossing paths with another teen hiker, known only as "The Ghost." This mysterious girl is also making the trek alone, and Dylan can tell she's trying to escape too. But from what? When disaster strikes, how can they trust each other if they can't face their own secrets?

I was first introduced to Ramey's storytelling in her previous novel, The Sister Pact, which I truly liked. As for The Secrets We Bury, while it is an interesting story, it just didn't work that much for me.

First off, I just couldn't connect with Dylan or Ghost and that was one major issue for me throughout the story because I couldn't genuinely care about their situation. Also, it felt somewhat drawn out to the point where I'd become distracted or end up feeling lost while reading. I'm not saying it's not a good story, the thing is it didn't work that much for me. I was also a bit annoyed with Dylan and all he was putting his family through. I know everybody goes through different things but I feel that after what had happened with his father, he shouldn't add more distress to the situation. The same for Ghost. Her attitude frustrated me a lot. Good thing both had a little growth by the end.

All the issues aside, I can see readers relating to Dylan's character in some ways. And I did like how he went out of his way to help other people, and all the things he did toward the end of the story were commendable.  The writing is also great, with the exception of those draggy moments. Again, not a bad story. I was just expecting so much more. 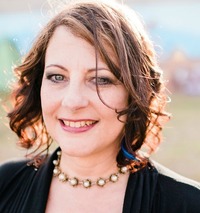 Stacie Ramey learned to read at a very early age to escape the endless tormenting from her older siblings. Where the Wild Things Are was her first favorite book and she swore she’d only marry a man who could prove he had rumpus in his heart!


She attended the University of Florida, where she majored in communication sciences, and Penn State where she received a Master of Science degree in Speech Pathology. She also met her future husband at Penn State, who surprised her one day with all of the stuffed Wild Things’ characters, proving his worth. Stacie currently works with high school aged Autistic kids, introducing them to the literary worlds she grew up loving. When she’s not working or writing, she engages in Netflix wars with her children or beats her husband in Scrabble, all while watching the Florida Gators and Penn State Nittany Lions play (Go Gators). She lives in Florida with her husband, children, and rescue dogs.

Posted by Shane @ItchingforBooks at 1:56 AM