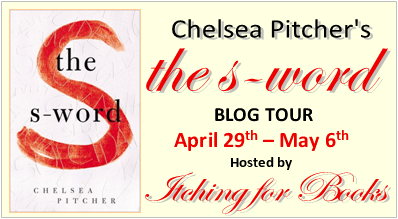 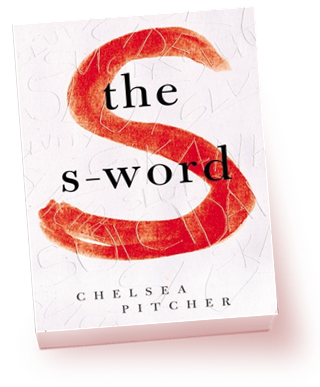 First it was SLUT scribbled all over Lizzie Hart’s locker.

Lizzie’s reputation is destroyed when she's caught in bed with her best friend’s boyfriend on prom night. With the whole school turned against her, and Angie not speaking to her, Lizzie takes her own life. But someone isn’t letting her go quietly. As graffiti and photocopies of Lizzie’s diary plaster the school, Angie begins a relentless investigation into who, exactly, made Lizzie feel she didn’t deserve to keep living. And while she claims she simply wants to punish Lizzie’s tormentors, Angie's own anguish over abandoning her best friend will drive her deep into the dark, twisted side of Verity High—and she might not be able to pull herself back out.
Debut author Chelsea Pitcher daringly depicts the harsh reality of modern high schools, where one bad decision can ruin a reputation, and one cruel word can ruin a life. Angie’s quest for the truth behind Lizzie’s suicide is addictive and thrilling, and her razor-sharp wit and fierce sleuthing skills makes her impossible not to root for—even when it becomes clear that both avenging Lizzie and avoiding self-destruction might not be possible.

About the Author
Chelsea Pitcher is a native of Portland, OR where she received her BA in English Literature. Fascinated by all things literary, she began gobbling up stories as soon as she could read, and especially enjoys delving into the darker places to see if she can draw out some light.


a Rafflecopter giveaway
Posted by Shane @ItchingforBooks at 11:57 AM