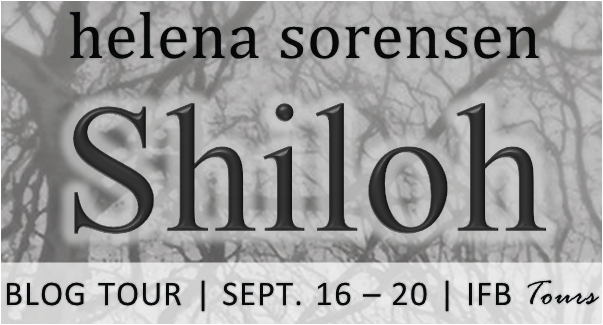 FANS OF C.S. LEWIS WILL ENJOY THIS ONE. THIS IS NOT ROMANCE. BUT IS MORE CHARACTER DRIVEN.

In a world of perpetual darkness, a boy is born who wields remarkable power over fire. Amos is no more than seven when he kills a Shadow Wolf and becomes a legend in Shiloh. He would be destined for great things were it not for the stories his father tells about a world beyond the Shadow and a time before the Shadow. Only madmen hold to such tales, and in Shiloh, they have always come to bad ends.

Amos is fearless. He walks with easy confidence, certain that the Shadow cannot touch him. Even his family is in awe of him. His father marvels at his skill with the bow, his mother thanks the gods that he has all the courage she lacks, and his sister, Phebe, worships him for saving her from an attack of the Shadow Cats.

On a trip to the village of Emmerich, Amos rescues the Magistrate’s son, Simeon, from the village bullies. Simeon, fair-skinned and pale-eyed like other Dreamers in Shiloh’s history, becomes Amos’s constant companion and dearest friend. Simeon becomes a part of Amos’s family, listening to fireside stories told in a way he’s never heard them before and learning to wield a bow and arrow.

The year the boys turn twelve, they are itching to prove themselves. An impetuous plan to steal a beautiful lantern goes miserably awry, and the lantern’s owner prophecies that Amos will be devoured by the Shadow. For the first time, a seed of fear is planted in Amos’s mind, and when his father is killed by a Shadow Wolf on the last day of the Great Hunt, the fear takes hold. If so great and brave a man as his father could fall to the Shadow, what hope has he?

It is only in recent years that Helena Sorensen discovered how deep her love is for epic fantasy. In preparation for writing Shiloh, and as part of her independent education in literature, Helena has read scores of books: books for children and young adults and adults, National Book Award Winners, and Newberry Honor Books. But she always comes back to the fantasy novels. Helena loves the idea that anything is possible in the world of fantasy. There is no limit to the imagination, and she can choose to embark on any kind of adventure.
helenasorensen.com

Sept. 16 - As the page turns *Interview
The Book Town *Review

Sept. 18 - We All Make Mistakes In Books *Interview
The Library *Review & Favorite Quotes