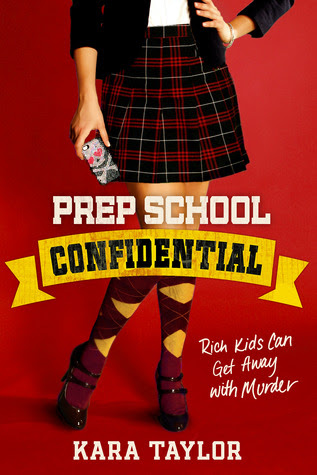 In this breathtaking debut that reads like Gossip Girl crossed with Twin Peaks, a Queen Bee at a blue-blooded New England prep school stumbles into a murder mystery.

Anne Dowling practically runs her exclusive academy on New York’s Upper East Side—that is, until she accidentally burns part of it down and gets sent to a prestigious boarding school outside of Boston. Determined to make it back to New York, Anne couldn't care less about making friends at the preppy Wheatley School. That is, until her roommate Isabella’s body is found in the woods behind the school.

When everyone else is oddly silent, Anne becomes determined to uncover the truth no matter how many rules she has to break to do it. With the help of Isabella’s twin brother Anthony, and a cute classmate named Brent, Anne discovers that Isabella wasn’t quite the innocent nerdy girl she pretended to be. But someone will do anything to stop Anne’s snooping in this fast-paced, unputdownable read—even if it means framing her for Isabella’s murder.

*A copy of this book was provided in exchange of an honest review.

A combination of murder mystery, boarding school drama, complicated romance, and a little humor. Not your usual mix but it sure turned into an invigorating story.

Right off, allow me to say I liked Anne's character. She's not your average squeaky clean good girl protagonist. In fact, Anne can't keep herself from plunging into trouble but is rather smart in finding her way out. And it was a failed attempt at trying to cover her tracks that had her parents seriously fed up and deciding to send Anne away. In my opinion, that was their strategy at reforming her. Little did they know trouble would be finding Anne nonetheless.

At first impression, one would think this new boarding school was well organized, perfectly in tact and nothing could go wrong. WRONG. Anne discovers just how strict her new boarding school is and what they do to bury secrets when her roommate turns up dead.

My initial reaction was "Wow, okay this is going to be some Nancy Drew type of mystery solving." I was completely intrigued and wanted to find out what was going on just as much as Anne did. Every page had me analyzing characters introduced. I often wondered who was the suspect, and at times, like Anne, accused the wrong person.

They mystery was well constructed. Kara kept me guessing throughout. Of course, the story doesn't rely only on solving a crime and uncovering secrets of the school. There's also that aspect of building new relationships. Though, the first person Anne thought she could establish a friendship with dies as soon as she turned up to the school, I thought Remy and a few of the guys weren't too bad. And I'd like to get to know them more as the series progressed.

Aside from friendships, Anne lands herself in a dilemma where romance is concerned. And that was the only part that bugged me about the story. The fact that she'd have these feelings that seemed to match each other for both Brent and Anthony had me mind bottled. Also, it left room to wonder, "Okay, if she likes him and him, then who will she choose eventually?" Maybe none at all, because it seems Anne can't quite be with one without contemplating about the other and how guilty she feels.

But let's leave the complications for the second book and how that part works out. Now, getting back to the actual mystery, I loved how it turned out. Right when all the clues seemed to point to that one person we all can't stand, it proved otherwise. The ending was great. I hadn't suspected that person until the story was near finished and that was good. Because after liking everything so far, it would've turned out to be predictable if Kara had blown the suspect's cover too soon.

Overall, the writing was witty, the details were substantial, the main character was interesting, the story was great. I liked it and cannot wait to read the next. If you love Nancy Drew, boarding school settings, murders, complicated teen love, then this book is definitely for you. 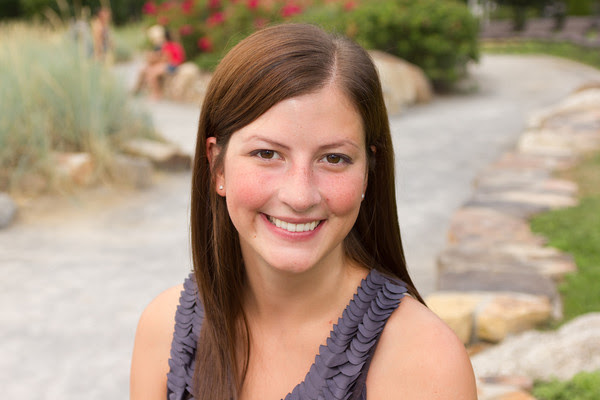 Kara has a BA in English/Secondary Education from Stony Brook University. She loves New Girl, sushi, and puppets that say rude things. It’s her dream to own a bakery someday.

Kara was inspired to start writing in part by her grandmother giving her Harry Potter and the Sorcerer’s Stone, and in part by her father’s bizarre antics, such as blow-drying his car. Her father looked like Borat in the 80′s.

Kara lives on Long Island with a Chihuahua named Izzy and a kitten named Felix. Her favorite authors are Gillian Flynn, Maureen Johnson, and Nelson Demille. She writes full-time, both on the PREP SCHOOL CONFIDENTIAL series and on an untitled television pilot for Warner Brothers Studios.

Posted by Shane @ItchingforBooks at 8:22 AM